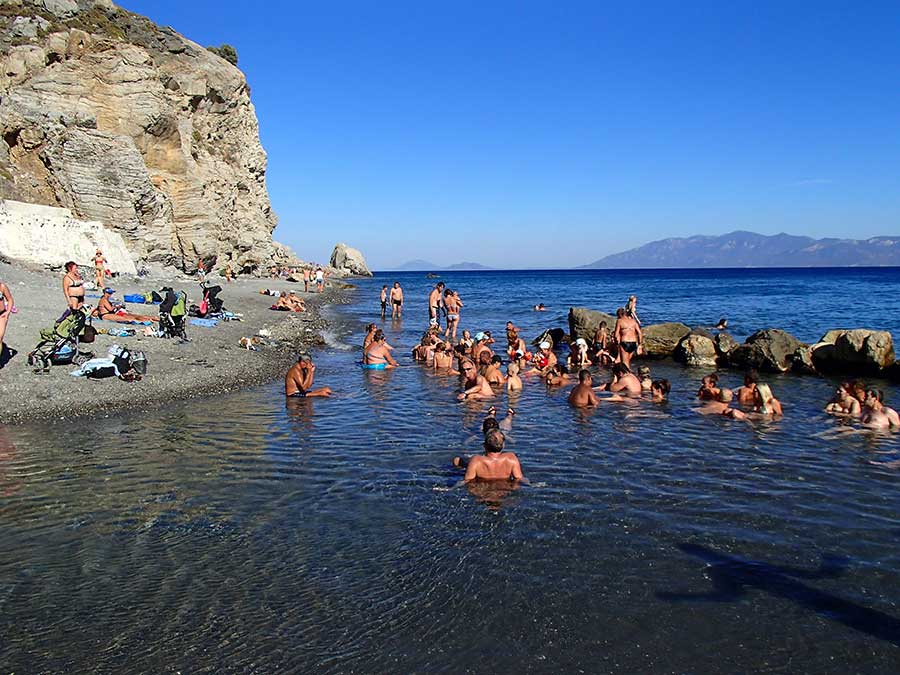 One of the underwater volcanoes of Greece caused a huge eruption in the Dodecanese region 160,000 years ago. It was located at the sea bottom, between the islands of Kos and Nisyros, at a depth of more than 600 meters, according to scientists who recently discovered it. The ancient volcano got quiet after that fierce blast, and over the period of time it was covered by sediments. Several millennia later, another submarine crater, named "Abyssus", was created in its place, which continues to be active, but does not pose a threat to the surrounding islands. The volcano was created in the submarine basin of eastern Kos and the pyroclastic materials that were ejected, formed a 120m thick layer around the crater. When the eruption took place, Kos was not one island, but two separate islands (Kefalos and Dikeos) and in the sea area between Kos and Tilos there were no other islands. All the surrounding islands (Nisyros, Gialí, Pergousa, Pachia and Stroggyli) that exist nowadays, were formed after the volcanic action, much later. The exploding pyroclastic materials "united" Kefalos and Dikeos. giving Kos the shape, it has today.

The volcanic activity had begun a little more north than the area where it is located now, millions of years ago. It continued at the Pleistocene period, 5 million years ago before going into a period in which the volcano was silent. Αt a later time, 60.000 years ago, a gigantic eruption in the submarine space between Kos and Nisyros changed radically the topography of the region, covering the west half of Kos with a layer of ash and kisiris almost 30 meters thick. The eruption was very big and remains have been found on the island of Tilos and the opposite coast of Minor Asia. The eruption was definitely bigger than the well-known eruption of Santorini's volcano. Despite the intense research, no findings have been detected of this great eruption, and hence scientists have concluded that all these volcanic islands found in the marine area south of Kos and Tilos (including Nisyros) began to emerge after the great eruption in the last 160,000 years. The first estimates conclude that all the wider area around Nisyros, was "born" gradually through large eruptions that happen every 10,000 or 20,000 years, for the last 50,000 years.