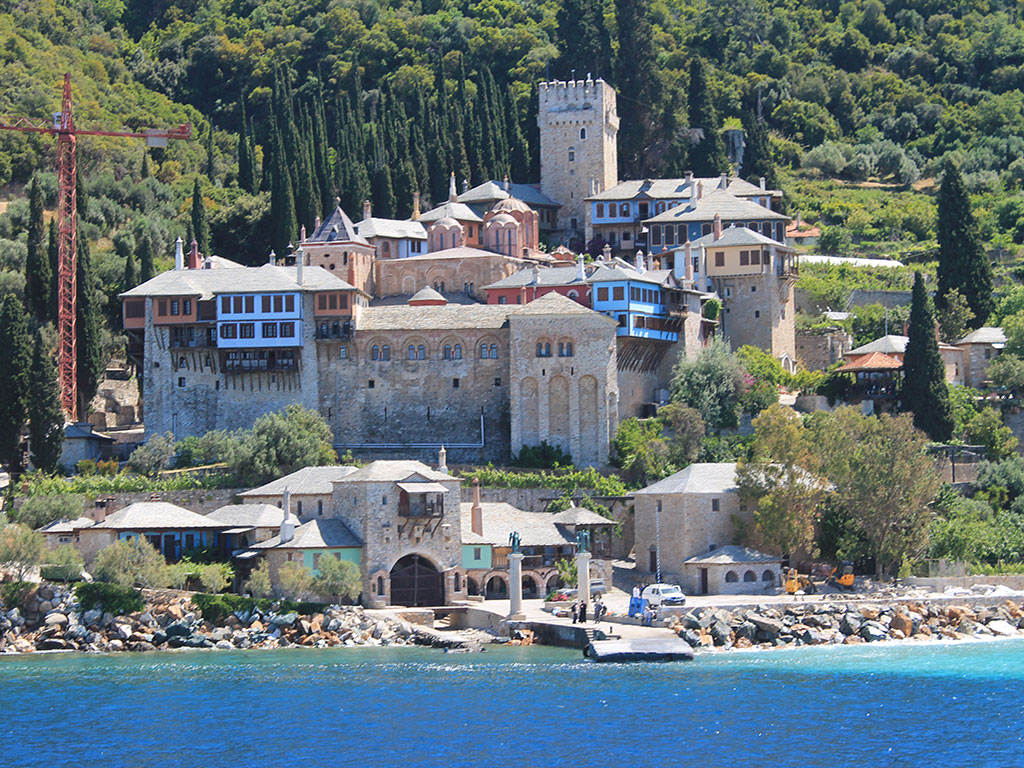 The Monastery of Dochiariou celebrates the Assembly of the Archangels on the 8th of November. It was originally founded at Daphne in the 10th century in the name of Agios Nikolaos from dochiari (= storer) of Athanassios Lavriotis, Efthimio. When the monastery was destroyed it was transferred to its current location at the beginning of the 11th century. The Monastery of Dochiariou is locate in an altitude of 30 meters at a distance of approximately 1 hour from the Monastery of Xenophontos.

The first historical reference of the monastery is found in the second Document of 1045, which includes the signing of an abbot as "Theodoulos (God's servant) monk and abbot of Dochiariou". It is the 10th in hierarchy among the monasteries of Mount Athos. One of the first benefactors of the Monastery was the emperor Nikiforos III Votaniatis, who covered the costs for its extension and is therefore mentioned as co-founder. Other benefactors of the monastery were the emperor Mihael VII Doukas and his mother, Roksandra, wife of the ruler of Moldova Alexandrou, who undertook the reconstruction of the Monastery in 1570 and after 1459 the funding ceased and as a result, and because of the raids, the monastery was almost completely ravaged. At the end of the 14th century and in the beginning of the 15th, the Palaiologos dynasty offered rich donations from the Serbian King Stephano Dousan and it developed into a main Monastery. In 1653 the monydrio Slobozia from Wallachia was situated at the Monastery.

The Katholikon of the Monastery is honored in the name of the Archangels on the 8th of November. It was built in the 16th century and it was renovated in 1568 thanks to the offers of Georgios and the Princess Roksandra. The Prothesis was completed in 1547 and the murals of the Katholikon were painted by the Cretan School. At the right of the entrance of the Prothesis and in a frescoed chapel is the miraculous image of the Virgin Mary of "Gorgoipikoou". The Monastery was completed in the 18th century when the northwest wing and the tomb of Theophanes of Moldova were built. The monastery owns 6 chapels inside and 2 cells in Κaryes.

The library is located in the Tower of the Monastery and contains 5,000 volumes of printed books, 545 manuscripts including 62 parchments(11th -14th century), 244 paper codes (14th -18th century). The illustrated handwritten minologio (book of months) no. 5, 3 folders with sheets of ecclesiastical music (15th -19th century), 87 paper ecclesiastical codes.

In the sacristy there are many relics, filigreed gold fabrics, wooden carved crosses with wired decoration, sacred remains and a piece of the Holy Cross. 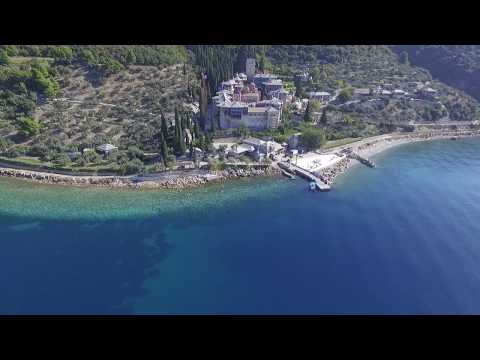