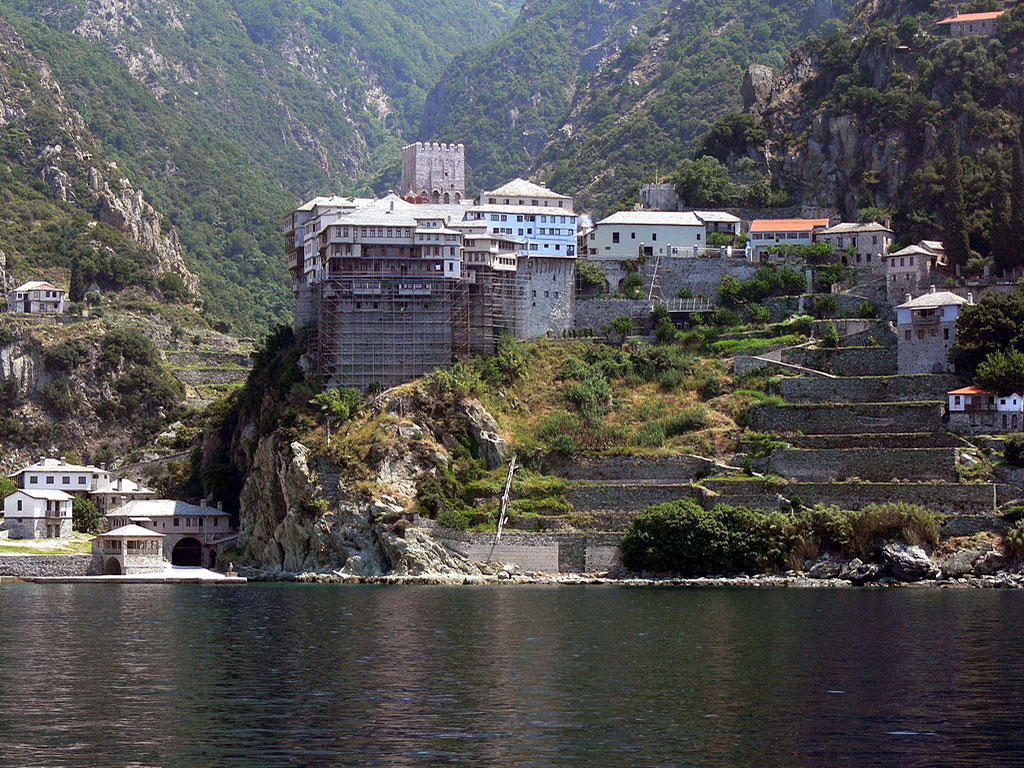 Among the most important benefactors of the Monastery are the emperors Ioannis Paleologos and Konstantinos Paleologos who after the destruction of Constantinople suddenly stopped sending subsidies but they gave their place to the sovereigns of Wallachia and Moldova, Padoul and Neagu (1512-1521), who supplied the necessary resources for the construction of the defensive wall and the aqueduct. In October 1535 the monastery was burned almost entirely outside the tower and it was erected in 1547. Several sovereigns and non-sovereigns helped to its construction, such as rulers of Wallachia and Moldova (reconstruction of east wing of the monastery), the Large Duke Petros IV (foundations of the Katholikon), the Duke Alexandros IV (reconstruction of the Prothesis in 1568), the brothers Lazaros and Boris from Pijavica (the area which extends to the gardens). The monastery owns 7 chapels within and 8 outside.

The Katholikon features murals of the 16th century by the painter Georgy of the Cretan School and it is dedicated to the birth of Ioannis Prodromos (24th June). After the fire in 1535, it was built in 1537-1547. The murals of the narthex are of a later date and were painted by a Romanian painter. The iconostasis is entirely coated with leaves of pure gold and on it you can see the most important pictures of the Monastery, between them and five of Megalis Deisis, works of the famous Cretan painter Efrosynos (1542). Between the Katholikon and the Prothesis an arcade with murals is formed which depict scenes from the Apocalypse. A gate with embossed representations of mythical animals leads to the Prothesis.

The library has approximately 1100 manuscripts, 27 scrolls, 126 handwritten codes on parchment, 11 handwritten codes in silk, 661 handwritten codes in paper, 45 incunabula and old prints, 5,000 printed books and several dictionaries of the 16th century. Yet there is the excellent golden seal of Alexios in miniature which ratifies the establishment of the Monastery, the 4 Gospels of the 13th century dressed with carved wooden covers.

The relics of the Monastery of Agios Dionysios also feature the silver golden case of the remains of the Patriarch Nifona of Peloponnisos, the right hand of Agios Ioannis the Baptist, of Agios Ioannis Eleimonos, of the Evangelist Loukas etc. Among the sacred relics is a piece of the steel chain that Apostle Peter was fastened with when he was imprisoned in Rome. The greatest holy picture of the monastery is that of Virgin Mary the Akathistos located in the chapel of Akathistos and it is assigned to Evangelist Loukas.