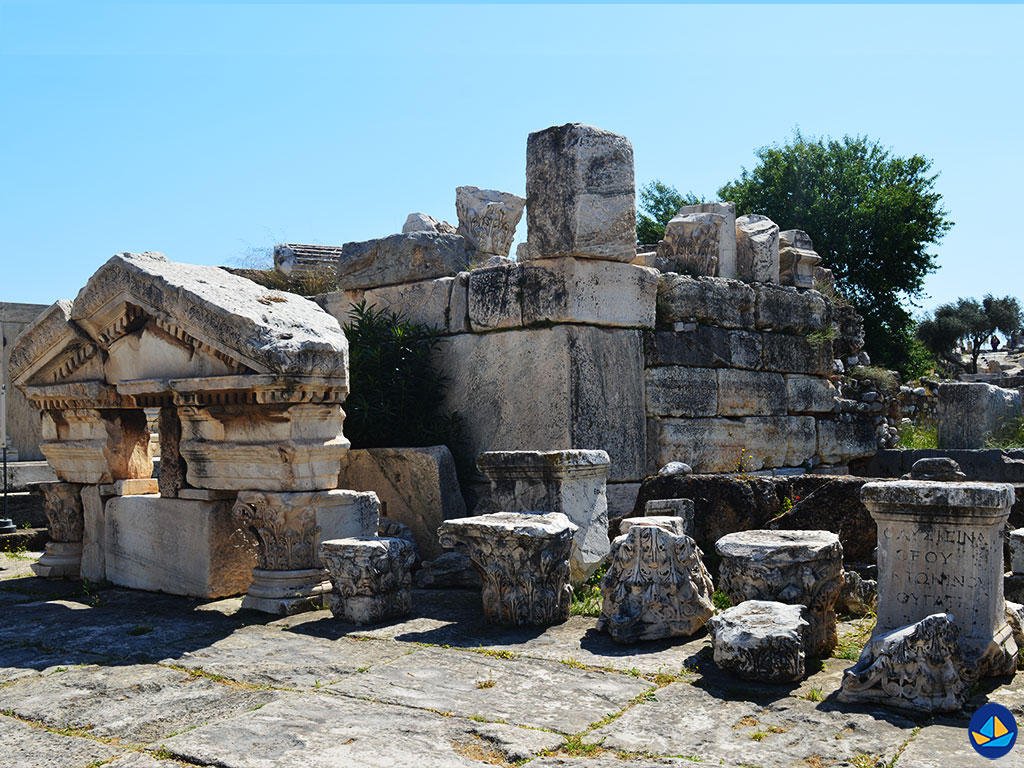 The Sanctuary of Eleusis was for centuries one of the most important religious centers of antiquity. Within the site, from the Mycenaean Age until the end of the 4th century A.D., developed the cult of goddess Demeter and her daughter, Persephone. Demeter is associated with the cultivation of land, vegetation, fertility, as well as with the regeneration and eternity of life. The goddess taught the people of Eleusis the cultivation of the land and the sacred ceremonies.

According to ancient Greek mythology, the goddess of agriculture, Demeter, arrived in Eleusis after the abduction of her beautiful daughter Persephone, by Aidoneus who is identified with Pluto. Her mother, who heard her voices, wandered the earth for nine days looking for her. On the 10th day, as soon as he learned the truth from Helios, she left Mount Olympus, disguised herself as an old woman and arrived in Eleusis where she found great hospitality by the daughters of the king of the city, Keleus. They took her to the palace to take care of her. She was offered red wine, but she refused, asking them to make her a drink of barley flour, mixed with water and thin flask, the so-called "cykeon".

In return for the hospitality, she became nurse to Demophon, the king's infant son, and decided to make the infant immortal by passing it over the fire to burn his mortal elements. After the strong reaction of the infant's mother, Queen Metaneira, who didn't not know her purpose, she had to reveal her divine identity. Goddess Demeter ordered the King and the Eleusinians to build her a temple and an altar "outside your city and its high walls, on the hill that rises above the Kallichoron well".

She then closed herself in the temple that was immediately constructed, determined not to let the earth germinate until she sees her beloved daughter again. Zeus ordered Pluto to let Persephone ascend to the Upper World, but he offered her to eat a pomegranate, a symbol of marriage. Thus, Persephone will live eight months a year with her mother on earth and the other four with her husband in the kingdom of Hades.

Before returning back to Olympus, she taught the Eleusinians the cultivation and how to worship her with ceremonies, that are mysterious and in which participants will become happy and complete, with one condition, never to reveal the content of them. As the rituals took place in Eleusis, they were called Eleusinian Mysteries. As words played an important role at the various stages of initiation, those who did not speak Greek were excluded, and since the purity of the soul was an essential condition, those who had blood-stained they had not the right to participate. The annexation of the city of Eleusis to the powerful state of Athens in the years of Solon (early 6th century BC), led to the evolution of worship into a nationwide religious institution with unifying power and strong influence, which in Roman times acquired universal prestige. According to tradition, it was a nine-day festival which taking place in the shrine of Demeter and Persephone each September. During the time Peisistratos was in power (550-510 BC), a strong wall with towers was built, around the sanctuary and the city west of the hill.

After its destruction by the Persians (480 BC), the sanctuary was reconstructed with the erection of new buildings. During the Roman times, the Roman emperors decorated the sanctuary with new magnificent buildings such as the Great Propylaea, the Triumphal Arches, the Fountain, temples and altars. The decline of the mysteries comes at the end of the 4th century AD, while with the invasion of the Visigoths, the sanctuary is ruined and the worship is abandoned. The area was also used in Christian times as evidenced by the post-Byzantine church of the Assumption of the Virgin, which dominates the hill above the ancient Temple, and which is built on the ruins of an older Christian church.

The area was excavated mostly by Greek archaeologists throughout the 20th century. The site boasts a whole series of fascinating and well-preserved structures, spanning more than two millennia of human activity. 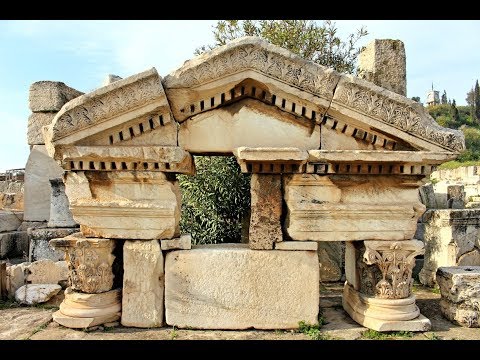