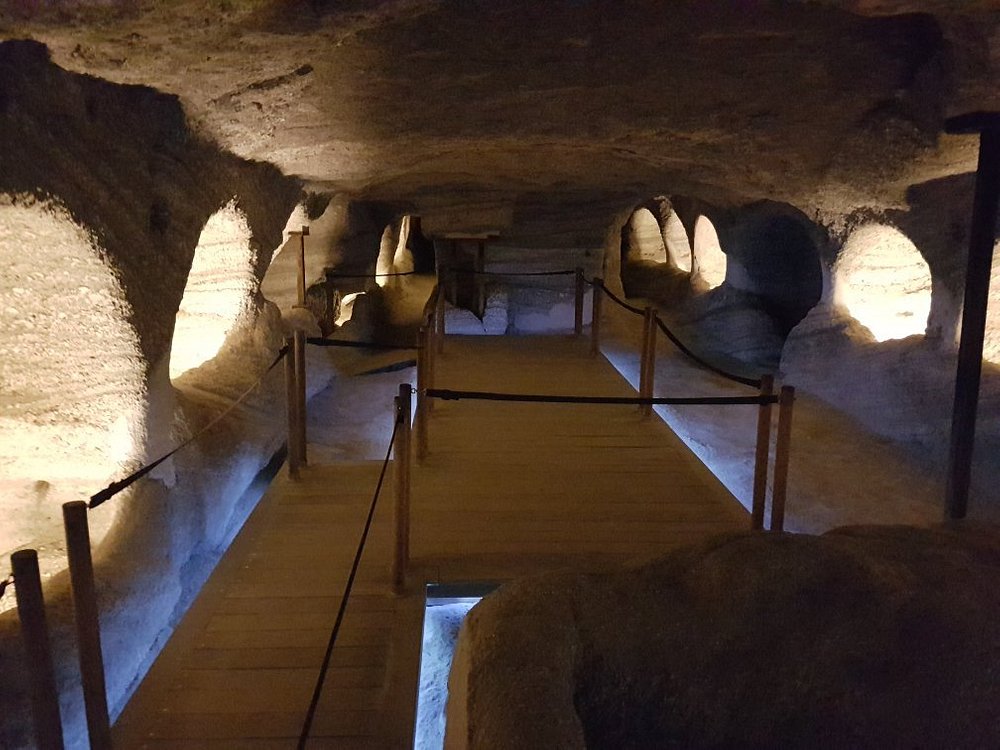 The Catacombs of Milos are located on a slope near the village of Trypiti and in a small distance from the Ancient Theatre of Milos. They have served as an underground cemetery for Christians, making the site one of the most famous and remarkable Christian world monuments next to the catacombs of Rome and of the Holy Land. Besides being a cemetery, it served other purposes as well as they were a worship area and the place where the first Christians used to find refuge during the persecution of the Romans between the 1st and the 5th centuries AD. This is a special and important burial monument of Christianity, unique throughout Greece. The use of the catacombs ended after the official establishment of Christianity around the fifth or sixth century AD.

The catacombs are a complex of three large underground galleries (A, B, C) carved in the porous volcanic stone, which communicate with each other with artificial passages. The total network is 184 meters long and each Catacomb is of different size, ranging from 1 to 5 meters wide and from 1.6 to 2.5 meters in height. It is estimated that up to 2,000 Christians were buried in the 291 “arkosolia” (carved arched tombs) and floor tombs but according to other archaeologists and historians 7,000 to 8,000 people were buried there.

Two types of tombs have been carved into the walls, the “arkosolia” and the loculi (horizontal recesses), while pit graves have been carved into the ground. The “arkosolia” were decorated with colors (red fascia on the crown and dark blue color on the spandrel’s surface), but today only scare traces of their colorful decor are preserved. On the back wall there were inscriptions, written in capital Greek letters within a red rectangle. When the Catacombs were discovered in 1840, they had already been looted. The excavations officially began in 1843 and were undertaken by the German Professor Ludwig Ross who dated the underground network complex to the 1st century AD.

The Catacombs’ form today is due to some 20th century interventions, such as the entrance to the burial chamber B and the passages uniting the three initially separate catacombs. Today you are allowed to visit only the colonnade B’, the Catacomb of " the Elders" as it is called, and to go around it on a wooden platform. This Catacomb has some very interesting features, including the unique two-storey tomb. In the middle of the hall an individual above-ground tomb-shaped sarcophagus has been carved, known as «Tomb of the Witness». The gallery Α, to the west of the Caracomb B, is distinguished for its width, its general spaciousness and for the double family tombs, which are carved in its walls. Catacomb C survives only partially and there are traces of one of the few surviving Old-Christian murals.