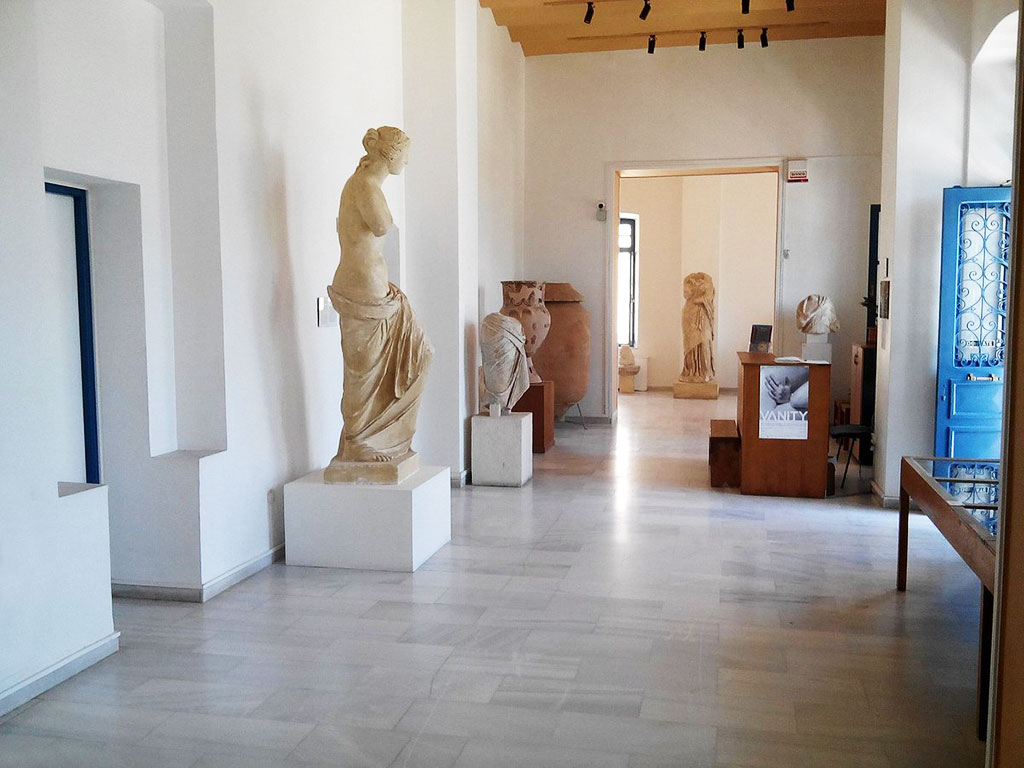 The Archaeological Museum of Milos is housed since 1985 in a neo-classical building dating from 1870 on the main square in Plaka. Although comprising only two main rooms, this museum has a really interesting collection of artefacts and sculpture. The antiquities were discovered during excavations on the island and date from the late 4th millennium BC down to Christian times. The Museum includes the following collections: Prehistoric finds from Pylakopi, Sculptures and reliefs, Obsidian tools and other pieces and Inscriptions.

Besides the well-known Early Cycladic vases and vessels on display in the Museum, of great interest are the two limestone models, one of a house with a vaulted roof and one of a ship, which were found in tombs, as well as a third clay object from the Early Cycladic settlement at Phylakopi, a kind of mask which stands on four low feet. Phylakopi was one of the most important ancient cities of Milos with an important a sanctuary, built around 1400 BC, which has provided a large number of finds, now on display in the Museum. Among them a unique series of figurines pottery including the “Lady of Phylakopi”, a masterpiece of art.

In the Museum are also displayed two large and a number of smaller vases from the Geometric period, some important inscriptions in a Doric dialect found on grave and votive stelai, votive and grave reliefs, male and female statues and a large number of relief clay plaques of the 5th c. with mythological scenes and scenes from everyday life.

At the entrance, stands a replica of the Aphrodite of Milos (Venus de Milo), the world-famous statue taken from Milos and now in the Louvre Museum in Paris.