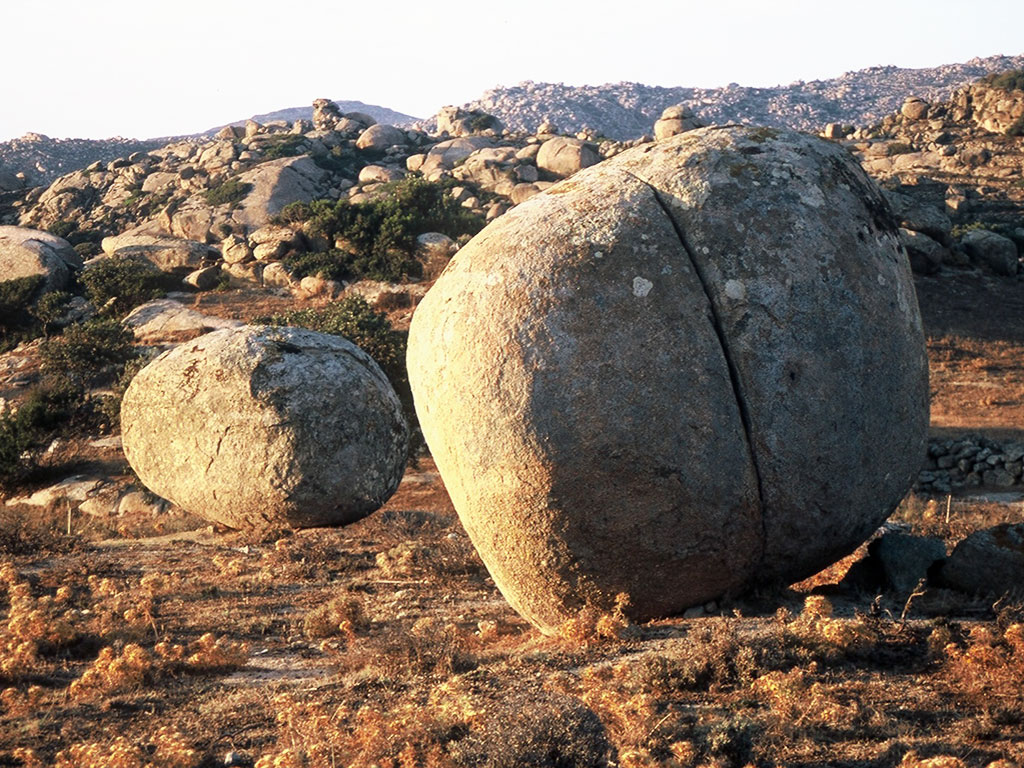 The Monolithic Moonscape of Volax

The small village of Volax, in the middle of Tinos, rests upon an otherworldly, lunarlike landscape. Huge, almost perfectly rounded granite boulders dot the plateau and the slopes around the village. The giant, up to 10-meter-high monoliths are scattered over a 22.6 square kilometers area, making it one the largest boulder field in Europe. The village Volax or Volakas as it is known in the local dialect, is named after these rocks (volakous means rocks). In other words, it is the village with the rocks.

This strange geological phenomenon has attracted the attention of geologists and scientists who have formulated several theories about how the boulders ended up right here. One theory state that they are the result of a big volcano eruption thousands of years ago. Others believe that the rocks took shape in the sea which once covered the area. Finally, a third theory states that they are remnants of a meteor shower. But there are also myths accompany the moon-like landscape. According to one of them the enormous rocks is nothing more than the last remnants of the eternal battle between Giants and Titans. Regardless of how these unique rock formations were created, it is a truly spectacular panorama not to be missed.

In recent years the granite rocks attract several rock climbers from around the world who come here to practice bouldering, low cliff climbing without ropes. Many of the village's houses are built on the rocks or around them and for other houses the rocks are used as external walls. The best spot to admire this stunning landscape, is an opening near the village, known as "Vourakis Plaka", located a short walk behind the church.