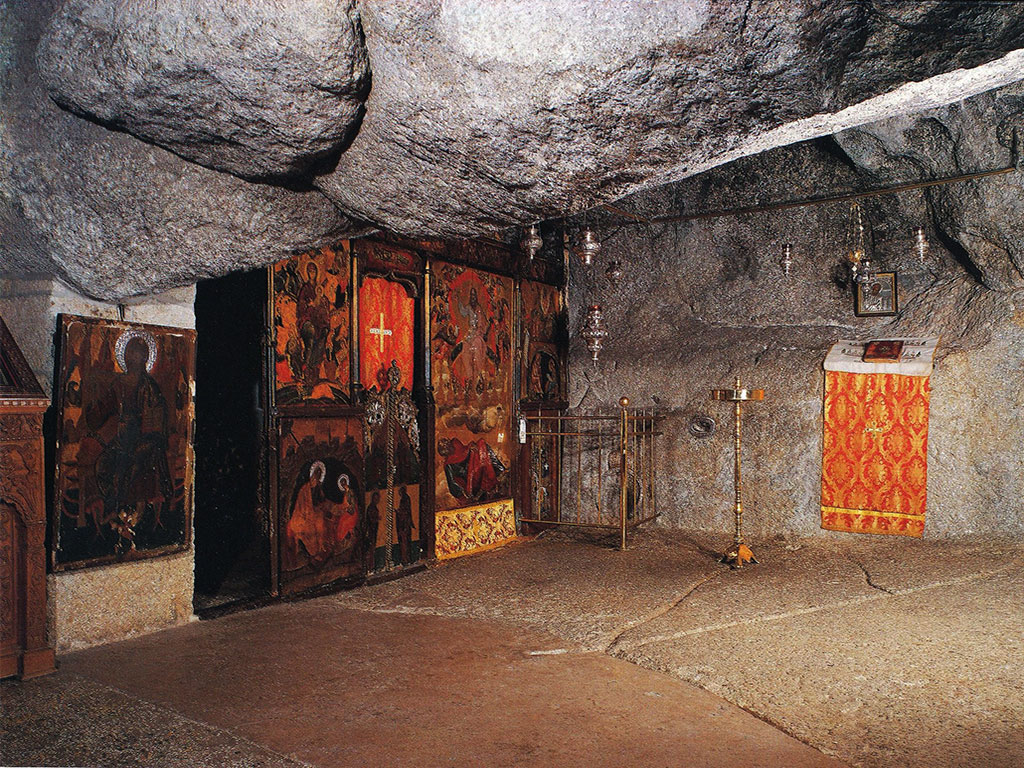 The Cave of the Apocalypse

The cave of the Apocalypse is located on the island of Patmos, halfway between Chora and the coastal village of Skala. It is the place where it is believed St. John, the beloved disciple of Jesus, wrote the Revelation in his later years while in exile on Patmos. According to the Bible, this was the last time that God spoke directly to a person. Nowadays, the cavern is a place of great religious significance.

Inside the cave St. John had a series of visions, revealing to him the future of humanity. The text of Revelation is the last book of the Bible and one of the most important prophetic and eschatological texts in theological literature. St. John came to Patmos as an exile with his disciple Prochorus and they stayed for 18 months. One day in 96 A.D., while praying in the cave the rock was torn and from the three smaller cracks that symbolize the Holy Trinity, the voice of God was heard and dictated the text of Revelation to John.

The well-known introductory words of the text are: "I am the Alpha and the Omega, the beginning and the end", says the Lord God. The cave was formed into a place of worship by the founder of the monastery of Patmos, Osios Christodoulos. Nowadays, pilgrims can see the crack in the rock from where the voice of God was heard, the hole in the wall where St. John purportedly rested his head every night, the cavity in the rock, which he used to hold onto to get up as well as the place where the Revelation was written.

Inside the cave there are icons more than 400 years old, of great historical value. One of the most important icons, is the one made by hagiographer Thomas Vathas, dating from 1596 AD. The icon depicts the first vision of the Revelation as described by St. John in the first chapter. Since 1999 the cave is listed as a World Heritage Site by UNESCO along with the Monastery of Agios Ioannis.