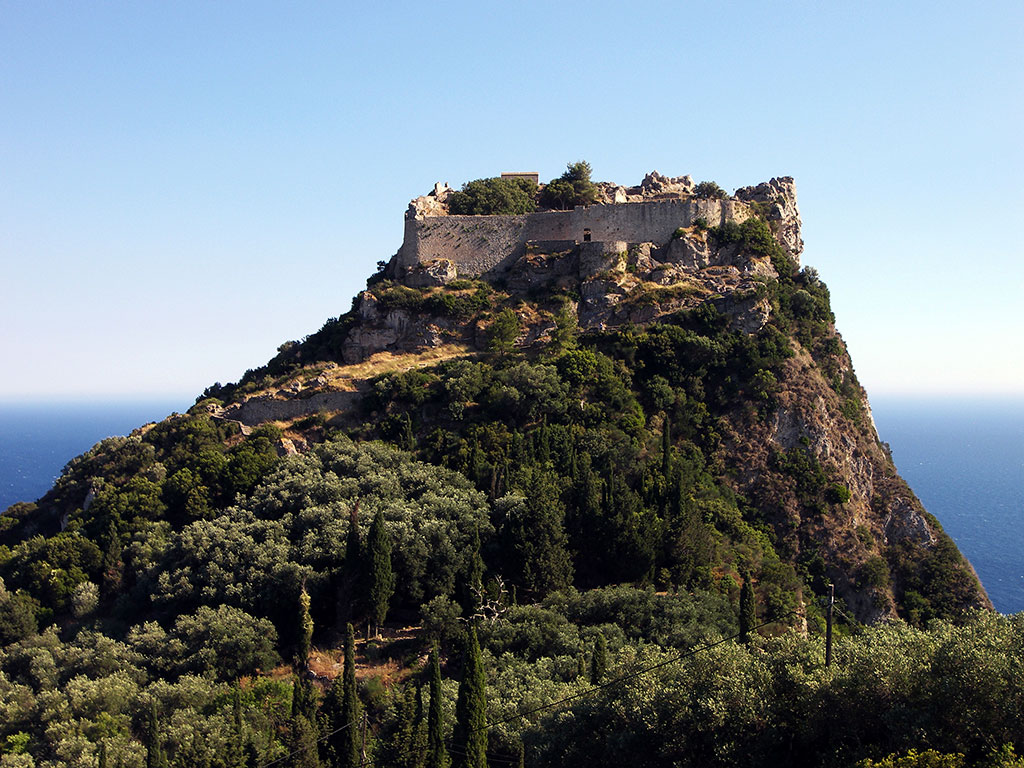 Aggelokastro, in Corfu, is one of the most significant Byzantine castles in Greece. It is located very close to Palaiokastritsa and it is built at the top of a steep, rocky hill. It is the most western bastion of the Byzantine Empire and of the Domain of Epirus where Corfu belonged until the middle of the 13th century. It is one of the three castles in the countryside of Corfu, along with Kassiopi in the North and Gardiki in the South.

The need to transfer Palaiokastro (known today as Palaiokastritsa abbey) to a more fortified place, led to the construction of Aggelokastro, in the 12th or the 13th century by Michael Angelo the 2nd. For a while, Aggelokastro was the capital of all of Corfu because of its fortified position. It was only sieged once by the Venetians, in 1386, while the besieged citizens thenceforth repelled attacks by the Turks and the pirates, including the famous Barbarossa.

Today, visitors in Aggelokastro are welcomed by an arched gateway, while in the interior, besides from the ruins of the reservoirs and the storage rooms, two churches are saved, the church of Archangels Michael and Gabriel at the highest point and the church of Agia Kyriaki which is located inside a cave.

You can reach Aggelokastro from Krini village, by following the signs. At the foot of the hill there is a parking lot and the kiosk where, you can buy tickets. The castle is open only in the morning. You must be prepared to walk up the hill for approximately twenty minutes but, the view from Aggelokastro overlooking all of Corfu and the vast Ionian Sea will compensate you. 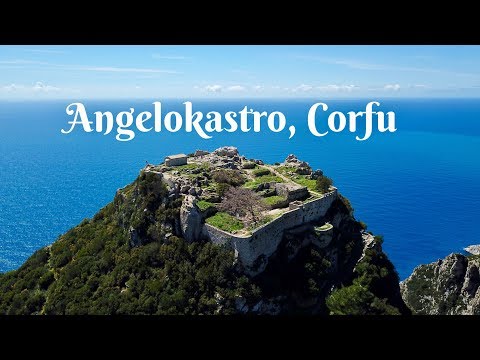