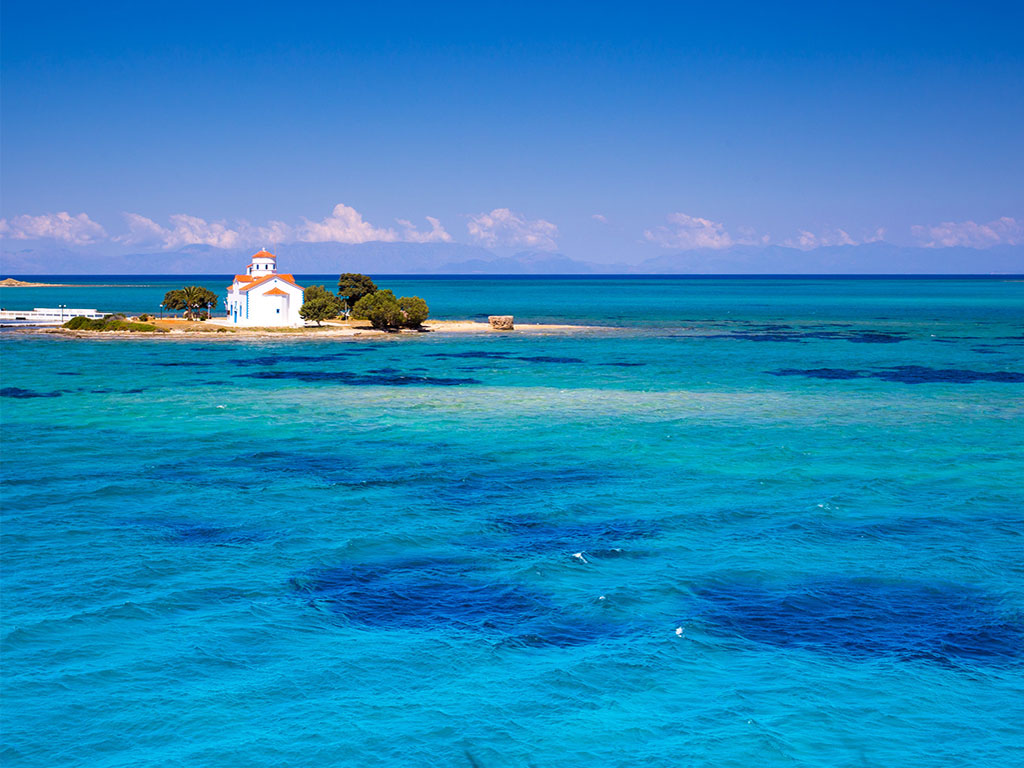 This picturesque church is the landmark of Elafonisos. It is built on a tiny separate piece of land which is connected by a bridge over shallow waters to the rest of the island. It was built in 1858 and renovated in 1962 while the bridge was constructed in 1954-1955. Before the construction, the people who wanted to visit the church had to step on the rocks in order to get there. Right next, stands a ruined windmill and are some bences where you can sit and enjoy the beautiful scenery.

The iconostasis is made of stones from Malta and decorated with remarkable icons like the icon of Virgin Mary, of St. John the Baptist (1870), of the Archangels (1882) and of St. John the Theologian (1882). There is also a large icon dedicated to Agios Spyridon and one to Agios Georgios (St. George) of special historical interest.

According to tradition, the Saint itself was the one who pointed the spot to be built the church. The story tells that the church was to be built in a different location and be dedicated to Agios Nikolaos (St. Nicholas), the patron saint of the sailors and the fishermen. An old man appeared telling the man who was responsible for the construction, to build the church on the tiny islet at the entrance of the port. The man replied that this was not possible to happen because it was very difficult for him to carry all the construction materials to the islet, since there was no bridge. The third time the old man appeared repeating his request, the man asked him who he was and the old man replied that he was Saint Spyridon. So, the church was built on the tiny islet and Agios Spyridon became the patron saint of the whole island.