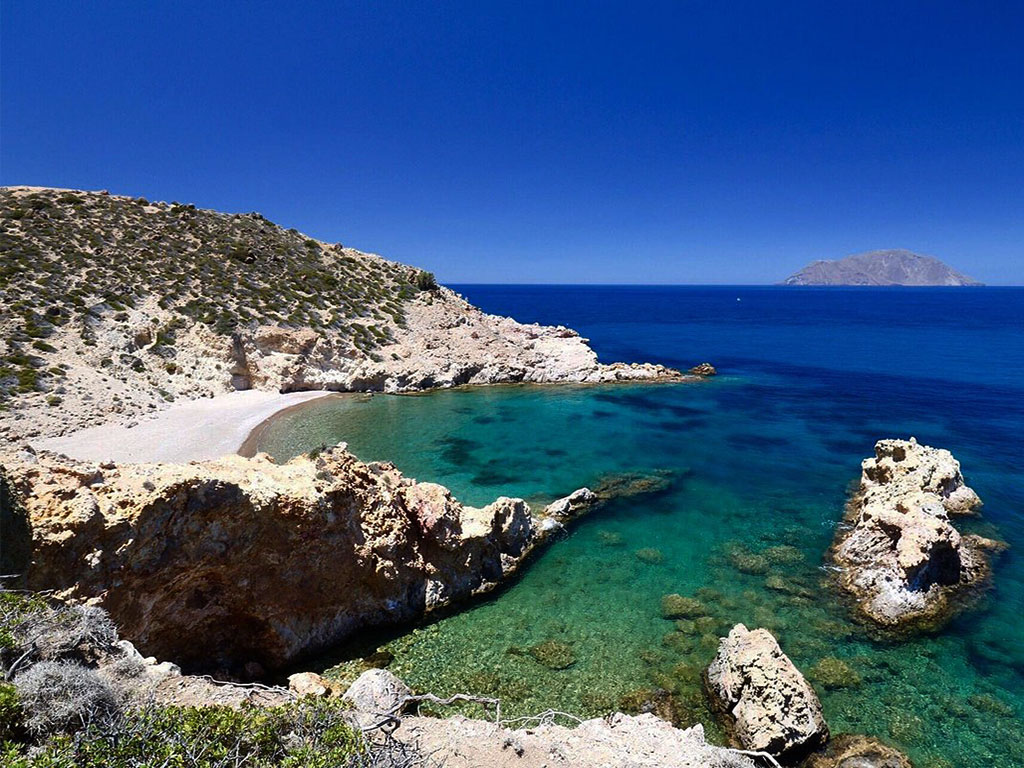 Ammoudaraki is reached on the west of Milos by a track branching from the Triades trail. The track can be used by both quads and cars though cars not recommended. The beach lies in a small opening, formed by the surrounding rocks. It is a large sandy stretch with a small personal sandy beach and a cave to the left as you look to the sea as well as a couple of small coves reachable by wading to the right. The beach is very remote and likely to only have to share with very few people if any. Boats do pop up at times, but most of the time you will pretty much get the beach to yourself. There are two more small beaches, but this one is the best in our opinion. The second is a small sandy cove and the third and most remote beach is shingle.

Ammoudaraki is a pristine beach without any amenities, ideal for all those who love adventure and isolation. There is no natural shade, neither any shops nearby, so if you plan to spend a few hours there, be equipped with plenty of water, some snacks and an umbrella. Ammoudaraki is a 40-minute drive from the port of Milos and is close to Triades beach. 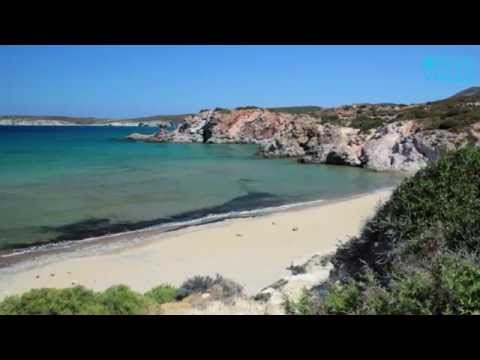