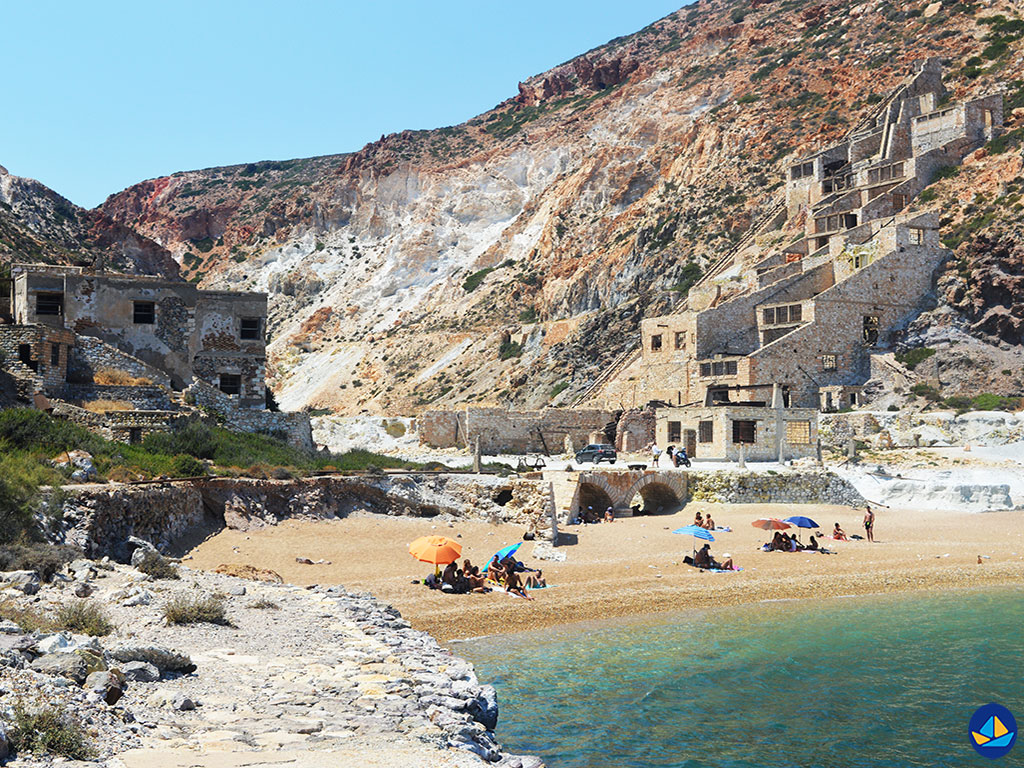 The beach of Paliorema as it's real name is, where the sulfur's old mines of Milos are located, is a beautiful beach with colored pebble. A dirt road  in good condition starting from Zefyria leads to the beach. The road becomes difficult in its last part (about 400m before the beach, on the penultimate turn, where a small opening is). It is suggested to walk the last part and not to try to drive down to the beach. Only 4 wheel  drive cars can go lower.

On the beach of the sulfur's old mines of Milos you will find an impressive open-air museum of industrial archeology, as there are all the old sheds, behind the beach, that stopped functioning in the 1960s. The trolleys and rails for transporting sulfur from the mountain to the sea port, stone buildings and many rusty tools carry you to another era. Inside the buildings you can still find utensils, tools and the workers' beds.

Life here was extremely hard and accidents at work were very frequent, as were long-term complications in workers' health. Many times payments were delayed and for that reason the administration had introduced a kind of currency which was valid only on the premises of the mine.

The mines operated under the supervision of the Public and Municipal Work Company from 1890-1905. In 1905 the operation was suspended and started operating again sporadically in 1910 while in the 1930s when the construction works of the offices were completed, the mine was put into full operation until 1960. The facilities included offices, warehouses, power plants, machine shop, carpentry, dormitories for workers, kitchen, restaurant as well as ore crushing and smelting facilities. The business closed permanently in 1978. Since then the facilities remain deserted creating an incredible scene ideal for exploring and photographing. 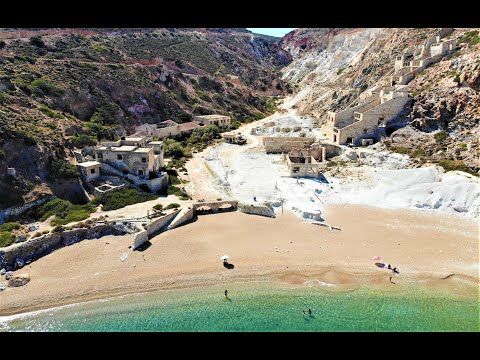