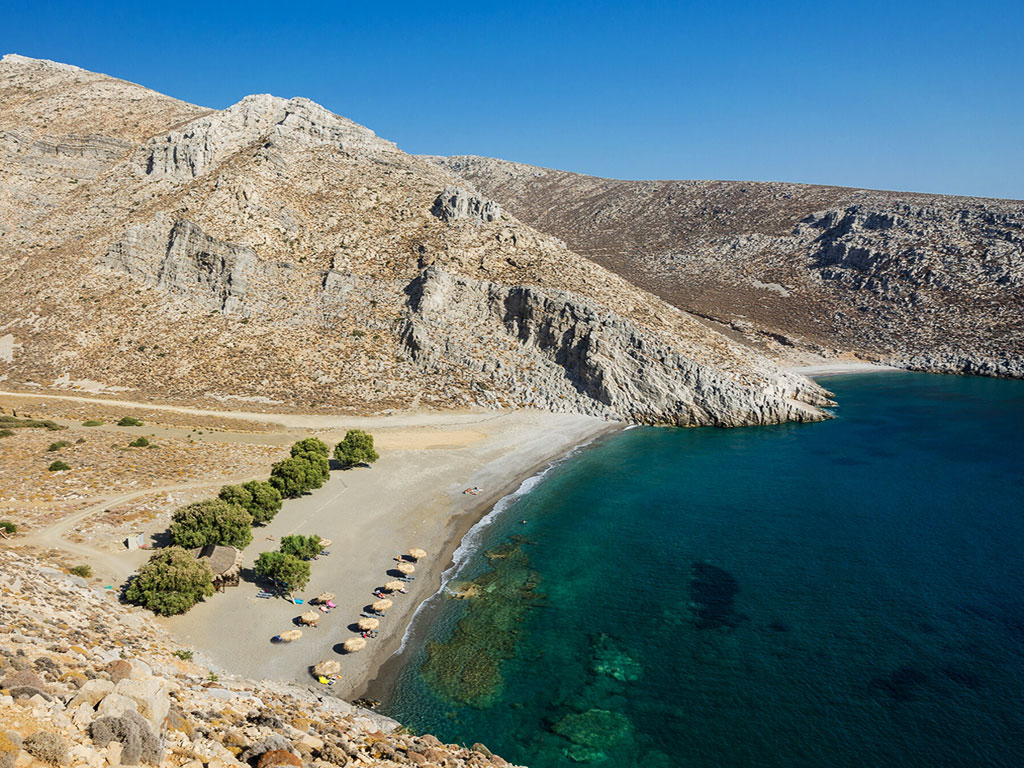 Vatses beach is located between two rocky hills, on the southwest side of Astypalea. It is considered as one of the most beautiful beaches on the island and is ideal for those who want to relax away from crowded beaches. Most part of the coast is speckled with small pebbles mixed with sand as you come closer to water. Its amazing seabed makes it ideal for snorkeling and for spearfishing lovers. At one end there are tamarisk trees that offer natural shade but also some sunbeds and parasols to rent.

The beach can be easily reached by car, with 3/4 of the route being on a dirt road. Alternatively, there are excursion boats leaving Pera Gialos that make daily excursions to the islets and beaches of Astypalea, including Vatses. Not far from Vatses is the Negros cave with unique stalactites and stalagmites. The cave is associated with the island’s history and legends about pirates and hiding treasures. On the left side of Vatses there is another small pebbly beach, the so called "small Vatses" which can only be reached by boat or by swimming 100-200 meters from Vatses. The beach is exposed to northern winds so avoid visiting it when such wind blow in the area.