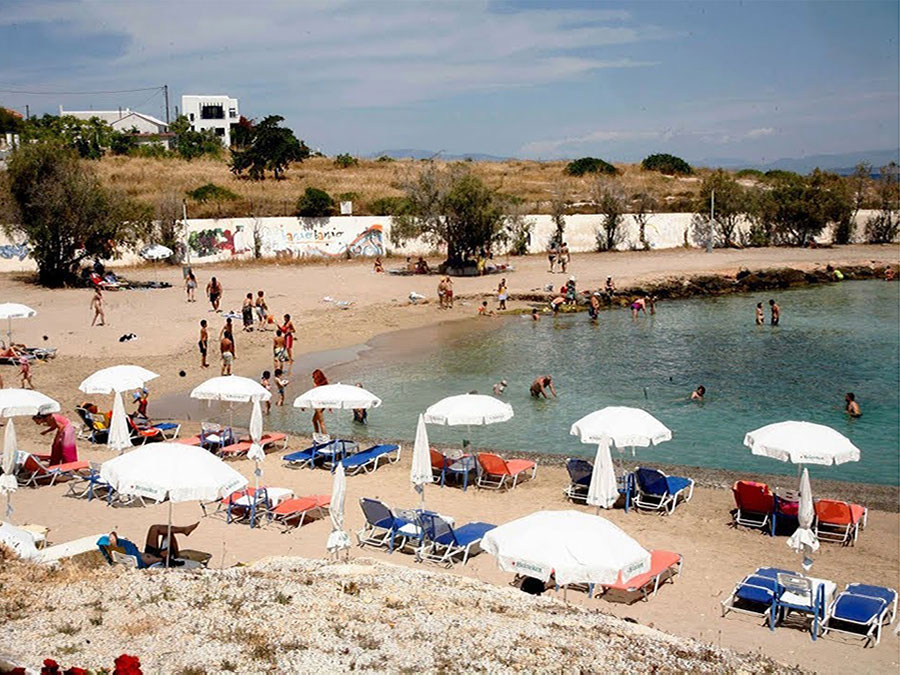 After passing a place called Vathi, the road leads to Souvala, which is a small harbour on the north of the island and 10 kilometers away from the town of Aegina. Souvala is a beautiful traditional fishing village with a nice beach, taverns, bars, cafes, hotels and many rooms and apartments that can be rented. It's a wonderful tourist resort full of liveliness. From Souvala you can go to the town of Aegina by bus which takes about 30 minutes. There is also a road from the village that leads to Palaioxora, which is a medieval town, and to the monastery of Saint Nektarios. In Souvala there is a beach with hot springs known as Thermal, which contain sulfur and therefor they help cure rheumatic pains and dermatological problems. One kilometer east from Souvala, along the seaside, there is a tourist village called Agioi. In 5 kilometers the village called Vagia which has a nice beach and many archeological findings. After Vagia, if you head south, you'll reach Mesagro, the Temple of Aphaia and the church of Santa Marina.