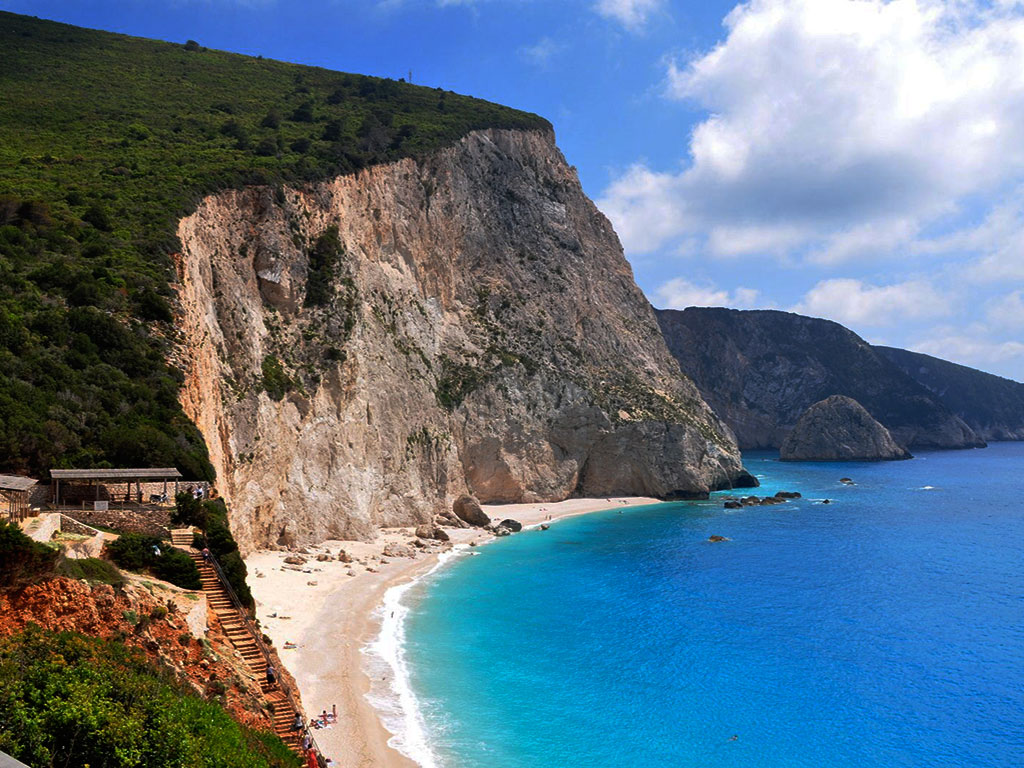 Porto Katsiki beach is one of the most beautiful Greek beaches and it is also in the top of the list of best beaches in Europe. This beach can be seen on every postcard of Lefkada as it is considered to be one of the island’s major attractions. The name translates to “Port of the Goat” as formerly only goats could reach this area, but now people from all over the world come and enjoy the crystal blue sea!

The beach looks truly fascinating surrounded by incredible hills which make it accessible only by 90 steep steps descending along the cliff.It owes its fame to fascinating landscape and most of all, crystal clear blue sea. There is no shoal, and the depth is starting right after a meter or two, so you should pay attention to children and non-swimmers. The waves are common, they could be large, and there are no lifeguards, so caution is necessary.

Porto Katsiki is not a small beach, but being relatively easy to approach, it's largely visited and in the season it could be crowded. In high season it would be the best to come here early in the morning or later in the afternoon.

The beach can be reached by excursions boats from Nidri and Vasiliki, or by the road. It is located in the southwest of Lefkada, about 40km away from the capital city. 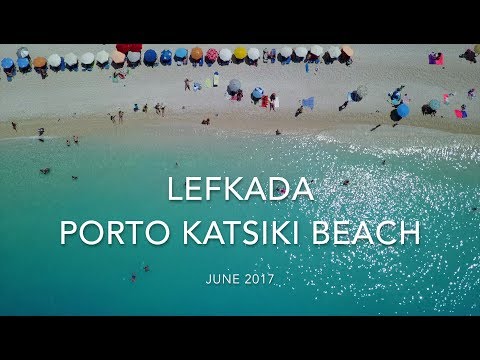