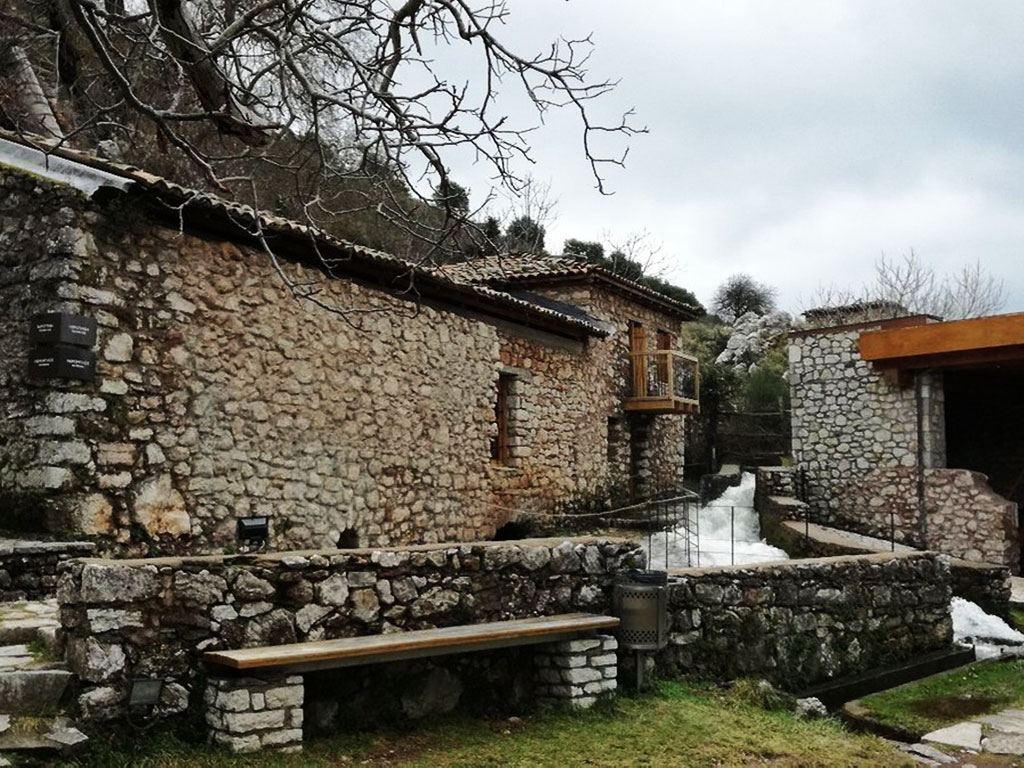 This excellent little museum is an entertaining romp through the region’s pre-industrial past. It functions under the responsibility of the Piraeus Bank Group Cultural Foundation and opened to the public in the summer of 1997 after ten years of restoration work. Located near Dimitsana, it covers an area of 1,000m2 in the midst of luxuriant vegetation and abundant streams. The museum highlights the importance of water-power in traditional society, focusing on the pre-industrial techniques that take advantage of water to produce a variety of goods.

Traditional installations and water-powered mechanisms have been restored while permanent equipment has been repaired so that it is now fully operational. Each of the buildings houses the old traditional workshops with thematic content related to the workshop.

The first building houses a fulling-tub and a flourmill with a horizontal paddle-wheel. Up to the mid-20th century, around 20 of those fulling-tubs were functioning in the wider area, where the locals used to wash their woolen fabrics. At the windmill the visitor can watch the milling process and then visit the adjoining small room where the miller lived with his usually large family. Outside the mill the visitor can see the still, set up after the grape harvest for the production of tsipouro made from the skins of the pressed grapes. Located exactly opposite is a two-storey building. The tanner's house was on the upper floor, now housing the museum’s small café and the tannery on the ground floor. The tannery was divided into zones corresponding to the different stages of skin processing.

The stone-paved path leads to the gunpowder mill. Gunpowder, a vibrant element of the region's cultural identity. During the 1821 Greek War of Independence against Ottoman rule, their forefathers supplied the Greek fighters with this necessary ammunition material. Here, you can see the moving mechanism of a gunpowder mill with pestles.

Visitors have also the chance to learn through interesting audiovisual productions how the workshops worked with the power of water in the old days. It is a remarkable museum which welcomes thousands of visitors each year. The Open-Air Water Power Museum was awarded the Europa Nostra Award 1999 and was included in the list of the 27 most successful projects in Greece that were co-funded by the European Union.