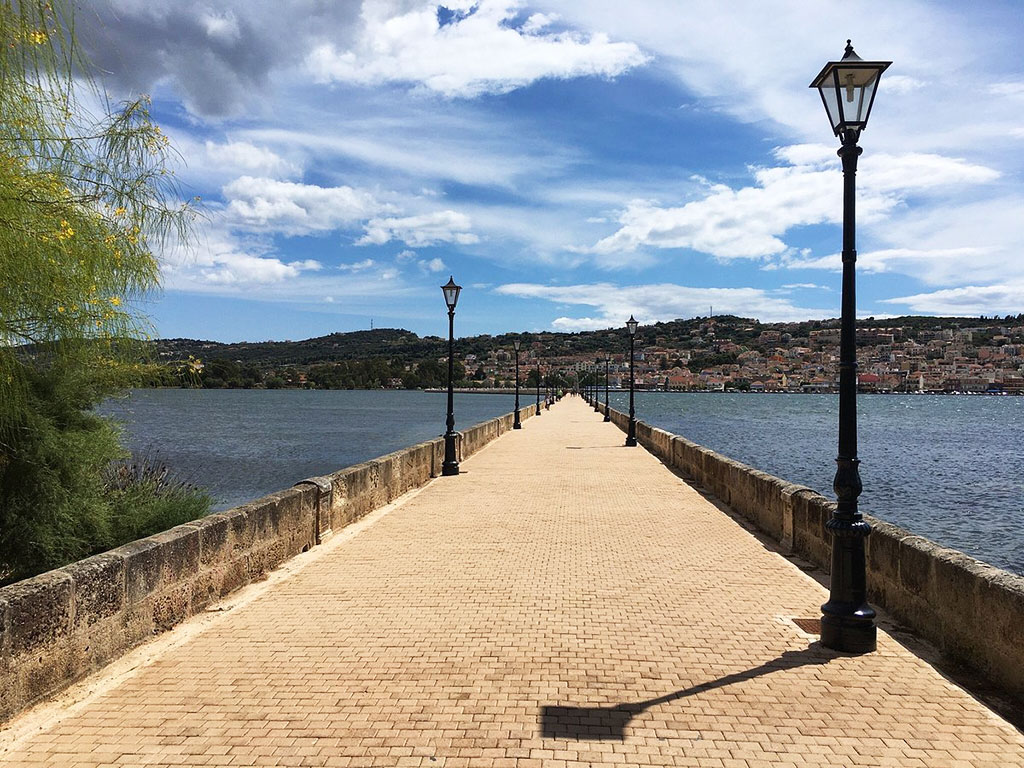 The De Bosset Bridge is about 690m long, making it the longest stone bridge over the sea in the world. It is an historical bridge, built in 1813 over the bay of Argostoli in Kefalonia by Swiss engineer Charles Philippe De Bosset. The bridge was initially wooden and built to solve the traffic problem between the southern port of Argostoli and the small village of Drapano, which is only 950 meters away from the water. The bridge would also shortened the way to Lixouri and the north of the island. On one side is a beautiful and peaceful Koutavos lagoon, and on the other is a natural harbor. The bridge was severe damaged during a catastrophic earthquake that ripped through the island in the 1950’s but had since been fixed.

Cars are no longer allowed, so it is a safe place for cycling or a nice walk in the early evening time. Along the De Bosset bridge is a monument in a shape of a pyramid which is independent from the bridge. The monument Is a tribute to the constructors and has been in place since the time that the bridge was created. One of the most popular things to do on the De Bosset Bridge is to look for sea turtles Caretta Caretta, as they have often been spotted swimming in the water around the bridge. It is worth walking all the way to the other side to enjoy a nice view of Argostoli and some excellent views from the bridge itself.