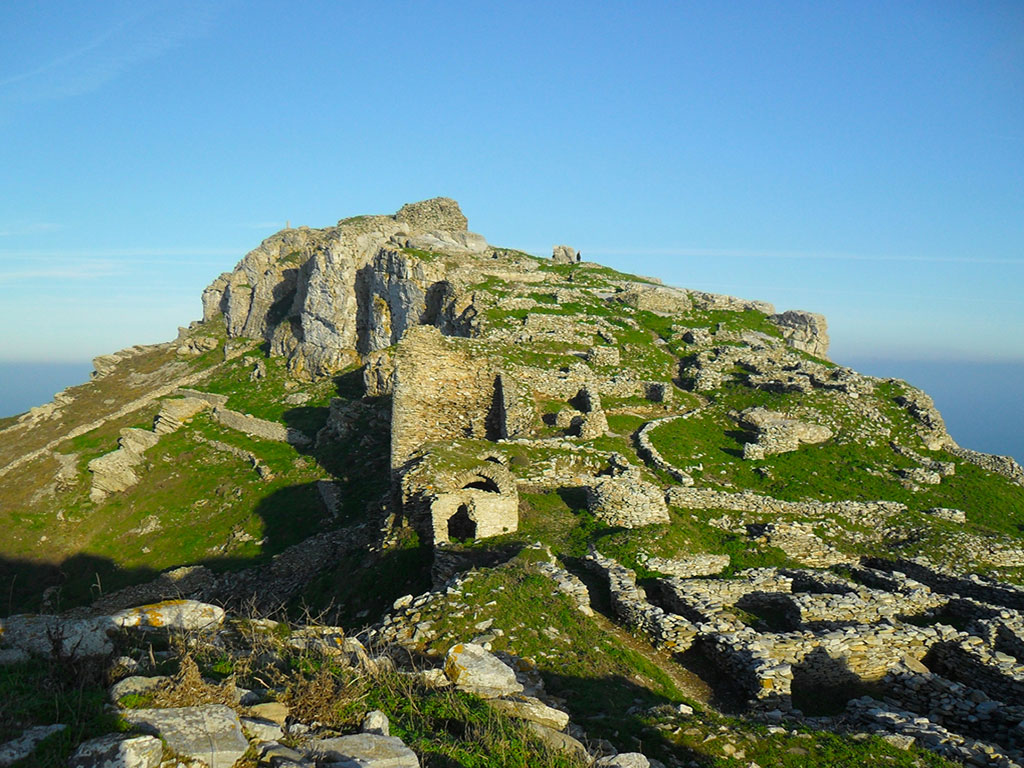 Pano Kastro (meaning “Upper castle”) or Castle of Faneromeni or castle of Kochylos or castle of Gria (meaning “Old lady”) was the largest medieval city-fortress of Andros. It is built on a plateau with very good natural fortification at an elevation of 560 meters.
It was not a huge place but it could provide sufficient protection for a population of 1000. Generally, it is considered a Venetian fortification, although it is possible that a settlemment existed there since the Byzantine period and it was fortified and developed by the Venetians after the 13th century.
Nothing special is known about the history of the city. It never attracted a large population in periods of peace and it must have been abamdoned around the 17th century, when the era of piracy was over.
Source: Kastrologos 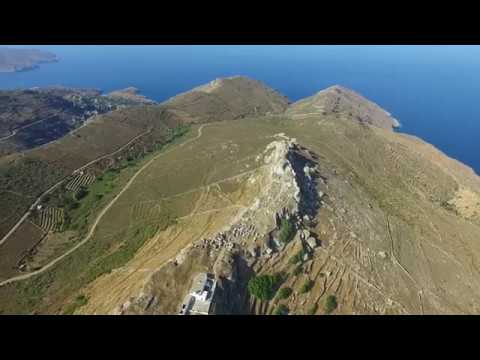