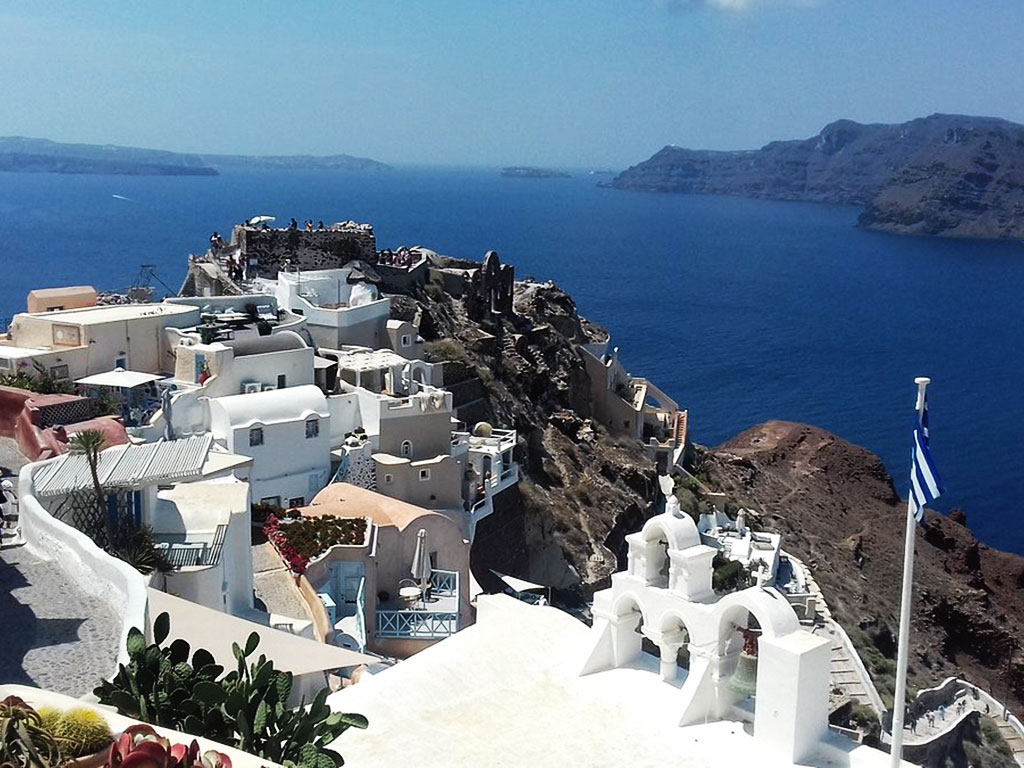 The Kasteli of Agios Nikolaos (Citadel of Saint Nicholas) dated back to the 1400s was one of many built along the edge of the Santorini caldera as a lookout for pirates and a place of refuge during their attacks, a significant problem at the time. Its defensive walls extended all the way down to Ammoudi Bay immediately below. The castle withstood the test of time for 600-odd years until the devastating earthquake of 1956. Now only the base of the tower and a portion of the facade remain. The castle is mentioned in a document dated in 1480 but it is believed to have been built earlier, the time of Venetian domination of the island. It was named after the church carved into rocks dedicated to Agios Nikolaos (St. Nicholas).

While there is very little left of the castle after the 1956 earthquake, the place is great vantage point to see the whole of Oia, a spectacular panorama of the caldera and also presents a great backdrop for pictures. It is also a good spot to see the sunset but is likely to be crowded. Probably best time to go there would be after dark when you get the gift of seeing the beauty of Santorini being bathed in ambient light. The remnants of the medieval castle of St. Nicolas can be found on the tip of the cliff at the northern end of the island.