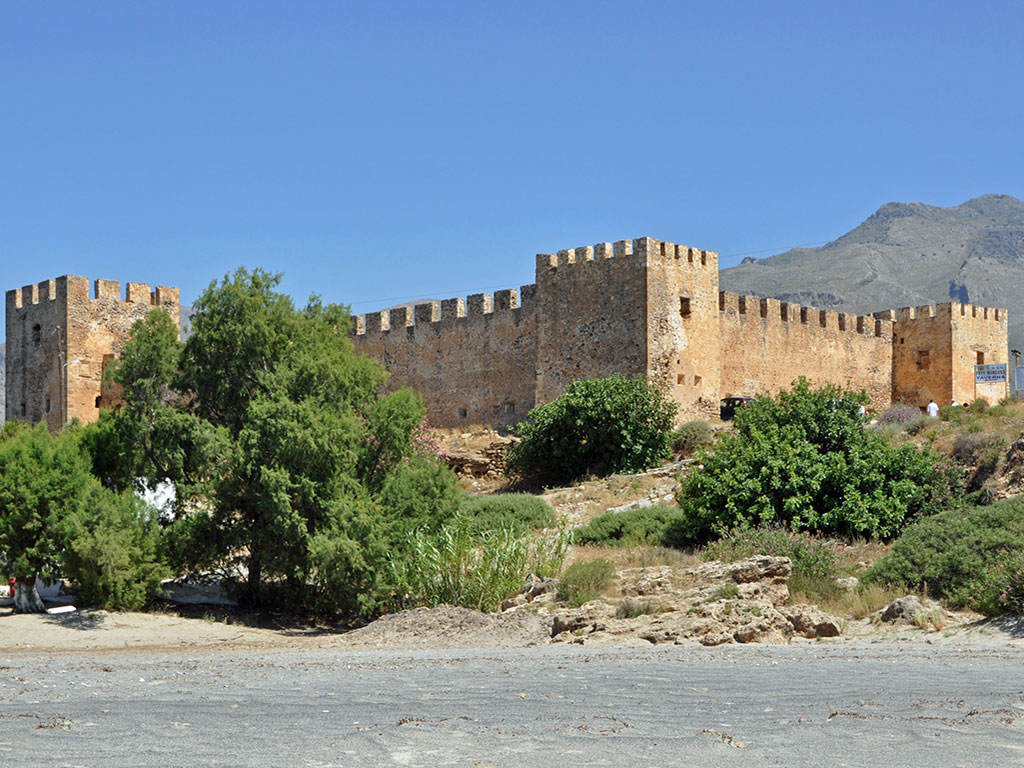 The Venetian fortress Castelfranco, one of the most famous fortresses in Greece, is situated at the south shore of Crete. Its Venetian name was St. Nikitas, however the name Castelfranco given by the local population prevailed, and was gradually adopted by the Venetians. The fortress was built by the Venetians between 1371-1374, in order to protect themselves from pirate raids and the frequently rebelling local population.

Despite its strategic importance and the renovations made, the fortress has not seemed to have played a significant role in the proceeding history. In 1645, the Venetians repaired it for the last time, in order to confront the Ottomans. In 1770 the Cretan Captain Ioannis Vlachos, widely known as Daskologiannis, occupied Castelfranco, but was later captured by the Ottomans and executed at Heraklion. In 1828 and during the Greek Revolution, Captain Chatzi Michalis Ntalianis from Epirus, entered the fortress with 700 men. On the 17th of May 1828 a strong battle took place here between the Greek and the Ottoman forces of Mustafa Naili pasha. After the defeat of the Greeks, Mustafa pasha temporarily destroyed Castelfranco so not to be used again by the local rebels, but later he repaired it to its former state. The fortress, nevertheless, was abandoned and was re-used during the period 1866-1867.

The fortress is a rectangular structure with vertical walls and square towers at the four corners, out of which the south-west tower is the biggest of all. The towers and the walls end at jagged loopholes. The main entrance of Castelfranco is situated at the south and its current form is due to the reconstruction of the 19th century. Over the gate the coat of arms with the Lion of San Marco is preserved as well as the coats of arms of the eminent Venetian families of Querini and Dolfin, however, those of two other families have been removed. The southwest tower was the most important because it used to protect the main gate and was the last defense position, when the fortress was under siege. The buildings we now see in the interior of the fortress were re-built during the last period of the Ottoman occupation, at the end of the 19th century. Their shapes remain the same since the Venetian period, as seen in engravings of that era. They are continuous rectangular structures that were used as barracks and for multiple other purposes {stores, kitchens, stables).

Castelfranco has been reconstructed several times during its long history. First time it was reconstructed in 1593-1597 according to General Governor Nicolo Dona. In 1645, 1000 pounds were spent for consolidation works, while extended reconstruction was made by Mustafa pasha during the Cretan Revolution in 1866-1869. Archaeological excavaions in its interior revealed significant finds of Venetian ceramic vessels, dating mainly to the 16th century, as well as swords, coins and a lead seal of the Doge of Venice Leonardus Donato (1605-1642). 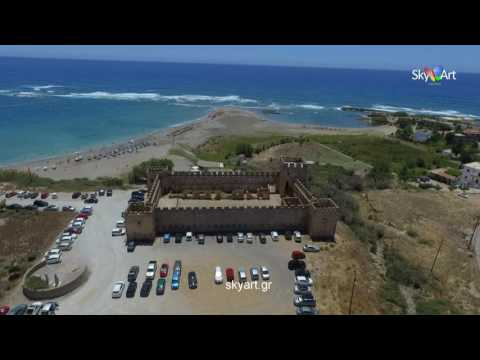