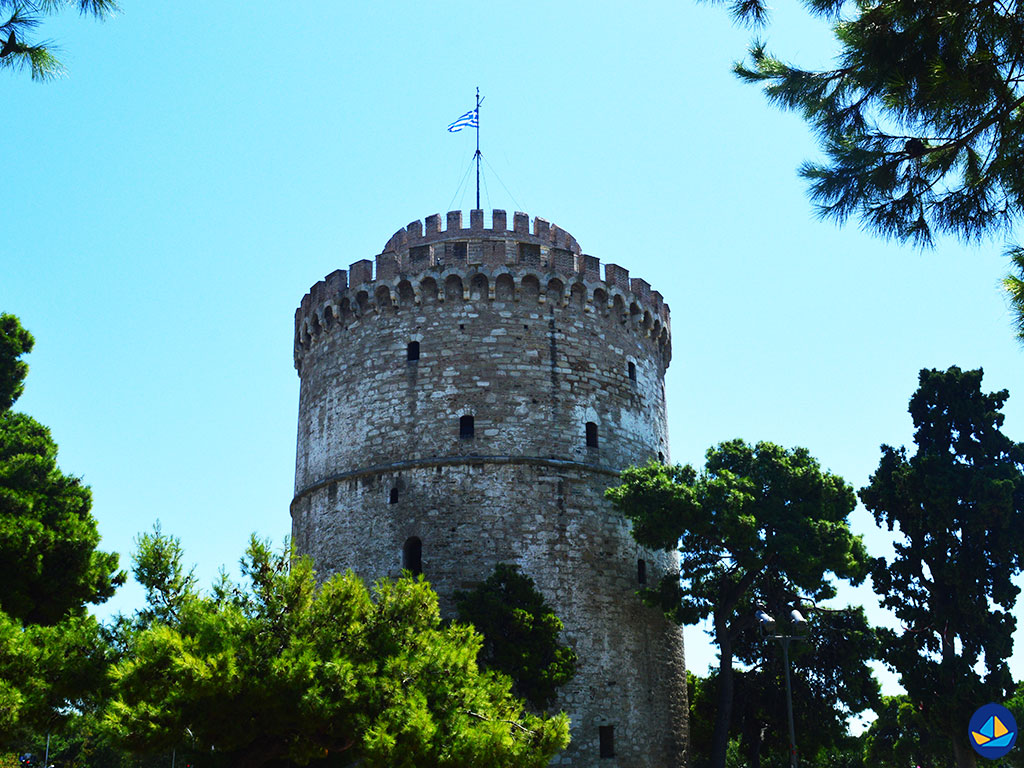 The White Tower, the landmark of Thessaloniki standing on the city's waterfront, was once the south-east tower of a large fortification. It is the best known castle of Greece and the symbol of Thessaloniki. Throughout its long history the tower's name and use changed several times. It was called the 'Fortress of Kalamaria' in the eighteenth century, and the 'Tower of the Genitsaroi' or 'Bloody Tower' in the nineteenth. In 1890, a convict whitewashed the tower's walls in exchange for his freedom, hence the name 'White Tower'.
History
According to travelers' descriptions and old representations of the city, the section of the wall along the seafront, which was demolished in 1867, had three towers; the White Tower was the one at its east end where it joined with the east wall. Its exact date is uncertain, but it was probably built in the fifteenth century after the conquest of Thessaloniki by the Turks, to replace a Byzantine tower mentioned by Eustathius, Archbishop of Thessaloniki, in his description of the 1185 siege of the city by the Normans.
After the liberation of Thessalonike in 1912, the tower became public property. During the First World War, it housed the allied forces' communication centre, and in 1916 its first floor served as storeroom for the antiquities excavated by the British in their sector. It was also used for the city's anti-air defence, as a meteorological laboratory of the University of Thessaloniki and as base for the city's navy scouts, the last to occupy the premises before the building's restoration. The famous White Tower caf? and theatre stood near the tower in the early twentieth century, but both were demolished in 1954 when the surrounding park was enlarged.
Structure, Fortification & Buildings
The six-storeyed cylindrical tower is 33.90 metres high and 22.70 metres in diameter. The spiraling staircase, a hundred and twenty metres long, is tangent to the exterior wall, leaving a central core of 8.50 metres in diameter. Each floor comprises a central circular room surrounded by smaller rectangular rooms built in the girth of the exterior wall. Only the top floor has a single circular room and an observation room which affords spectacular views of the city and the sea. Amenities such as fireplaces, ventilation shafts and small latrines connected to a sewage system, indicate that the tower was not just used for defense but also as barracks.
Until the early twentieth century the tower was surrounded by a low octagonal enclosure with three octagonal towers. Inside the enclosure were a dervish contemplation space, gun powder storerooms and a water cistern; over the gate a Turkish inscription mentioning that the tower of Leo was built in 1535-1536 probably refers to the construction of the enclosure.
Source: Kastrologos 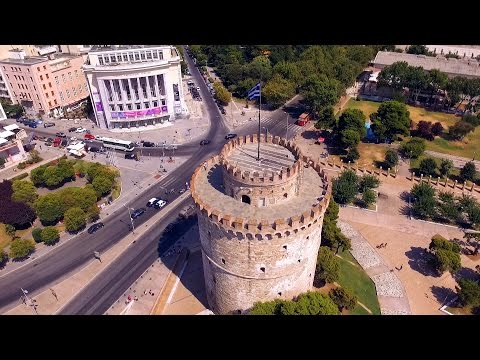