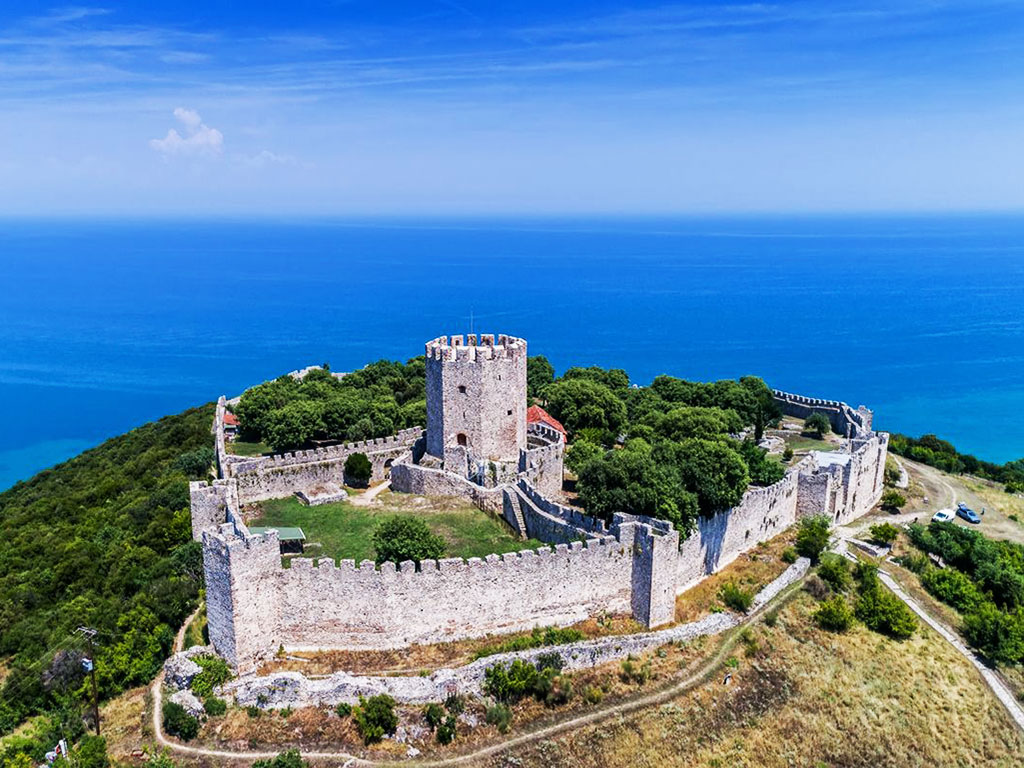 The Platamon Castle is a castle of the middle Byzantine period (10th century AD) and is located southeast of Mount Olympus. The castle is located in a strategic positon, at the exit of the Tempi valley and it controls the route from Macedonia to Thessaly and to Southern Greece.

The castle is at the location of the ancient city of Heraclia. The name “Platamon” appears for the first time in an imperial order of 1198 but, most probably, there was already a Byzantine castle there, since the 10th century.

After the fall of Constantinople during the 4th Crusade in 1204, Platamon came under the jurisdiction of Boniface of Montferrat, king of Thessaloniki who gave it to the Lombard knight Rolando Piska. He is the one who rebuilt the castle on top of the old ruined construction.

The castle soon became Byzantine again. In 1218, it was captured by the despot of Epirus Theodoros Aggelos and after the Battle of Pelagonia (1259), by Michail Paleologos of Nikea who later became the Byzantine emperor.

The Turks captured the castle in 1385 and paid much attention to its maintenance because they needed the castle to control the strategically important area. After a short break between 1425 and 1427, when the Venetians managed to conquer the castle, the Turks returned and stayed until the beginning of the 20th century.

During World War II, in April 1941, a unit of New Zealanders tried to defend Platamon but forced to leave after the bombardment of the castle by the Germans.

The church of Agia Paraskevi is preserved in the area of ​​the castle, being the only one of the 5 that existed there before, which during the Turkish occupation had been turned into mosques.
Source: Kastrologos 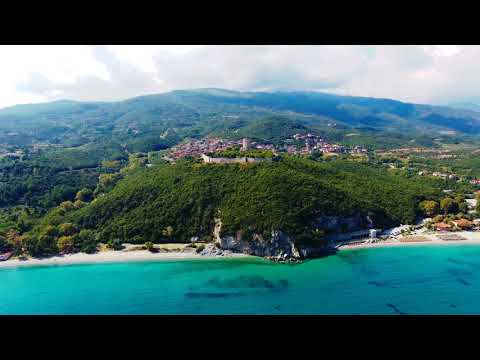