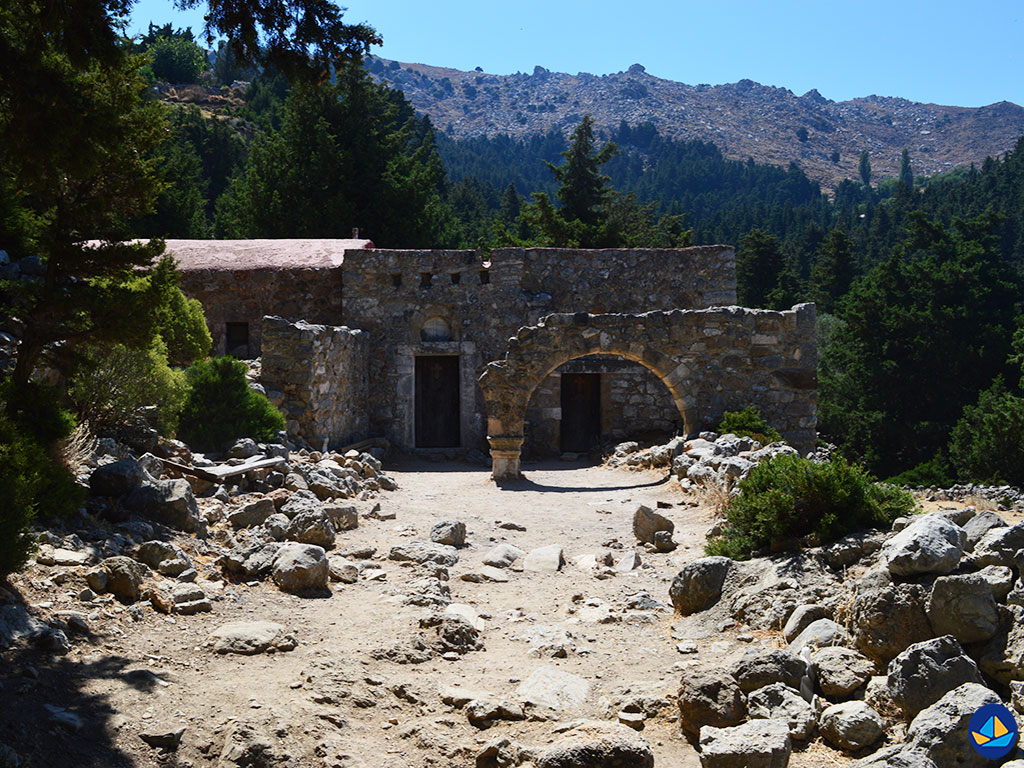 Paleo (Old) Pyli is an abandoned village with a castle on the island of Kos. It is considered as one of the most interesting archaeological sites on the island and definitely a visit is worthwhile. The ruins of the castle lie on a hilltop, about 360m above sea level, 3 kilometers away from the modern village of Pyli and approximately 17 kilometers from Kos Town. The remnants of the old settlement can be found on foot of the castle and include churches, abandoned houses, a bathhouse, a fountain from the Othoman period, a watermill and paved roads. It was founded by a monk, named Christodoulos who came to Kos from Asia Minor in the 11th century AD. It was the same monk who founded the monastery of Kastriani in the same place and some years later the famous monastery of St. John, on the island of Patmos. The old town is also called "the Mystras of the Dodekanese", implying the importance of its medieval archaeological monuments and byzantine churches, such as the church of Ipapanti of the 14th century and the church of the Archangels (Taxiarches).

When the knights of Saint john took hold of the island in the 14th century, they enforced the fortifications on the castle in order to improve the area's defensive capacities. During that period, Paleo Pyli was one of the most important castles on the island where the islanders could find shelter against Turkish and Pirate invasions. The citadel was finally abandoned between 1810 and 1830, most likely because of a plague that decimated the population.

The ruins of the fortress reveal various stages of construction. The central gate was probably built in the late 11th century or beginning of the 12th century, using the “hidden plinth” method. while the cyclopean walls found in the northwest of the hill have been dated to prehistoric times.

The very top of the castle offers spectacular views of the neighboring islands of Pserimos and Kalimnos to the north and even to mainland Turkey to the north east. Getting to Paleo Pili is relatively simple as there’s a good tarmac road leading most of the way up. At the end of the road there is ample space to park the car. The route from the parking area to the top is signposted but make sure you’re wearing good walking shoes and not flip flops and have some water with you.