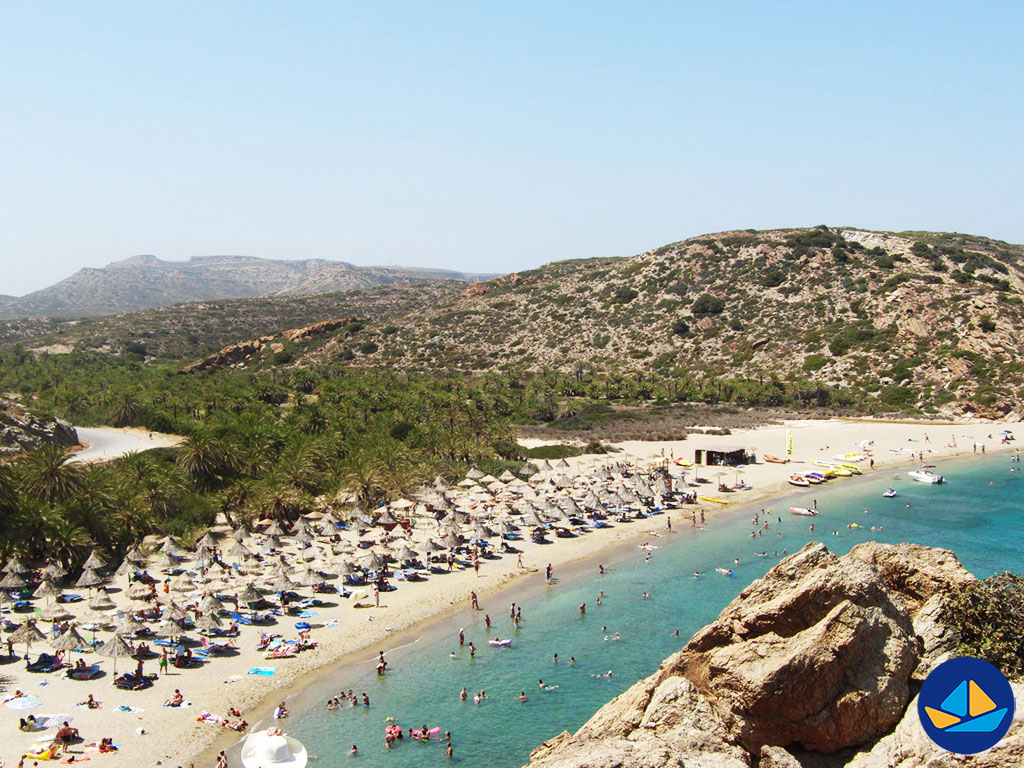 The exotic sandy beach of Vai with the unique palm trees forest in Europe is situated at a distance of  24 kilometers eastern to Sitia. Its name derives from the word vai, meaning palm in Greek. It is quite impossible to describe in words this landscape of unique beauty! Vai beach has fine golden sand and pebbles at its north end. You can leave your car in the car park behind the forest, The beach is fully organised, with sun loungers, straw umbrellas and wooden walkways for easy access.

Naturally such a popular place as Vai has thousands of visitors each summer. If you come in July and August, be prepared for the crowds. If, on the other hand, you visit Vai at the beginning or end of the tourist season, you will enjoy the scenery and sea far more.

Within a space of 60 acres there are 5.000 perennial trees, a real oasis at the desert-like landscape of Eastern Crete. A wood of the “phoenix theophrasti” as it is called in Botanology is found in European territory, only here and on the Canary Islands. According to the legend, the trees have grown from discarded date stones thrown into the sea by Saracen pirates

Vai was totally unknown until the early 1970s, when a popular commercial for the Bounty chocolate with coconut was filmed here, using the magical background of palm trees. In the advert, coconuts were falling from trees, however Vai palms produce dates. Consequently coconuts had to be falsely hung to create the right impression. The ad made this unknown earthly paradise renowned throughout the world. Thus, hundreds of hippies started to stay here on their holidays. In the 1980s, when hippism faded out, Vai was invaded by backpackers and rapidly degenerated into a rubbish-strewn campground. The palm grove was consequently fenced off and proclaimed a conservation area, being open to public only during the day light. 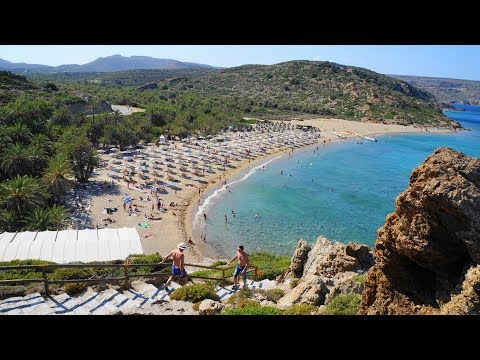