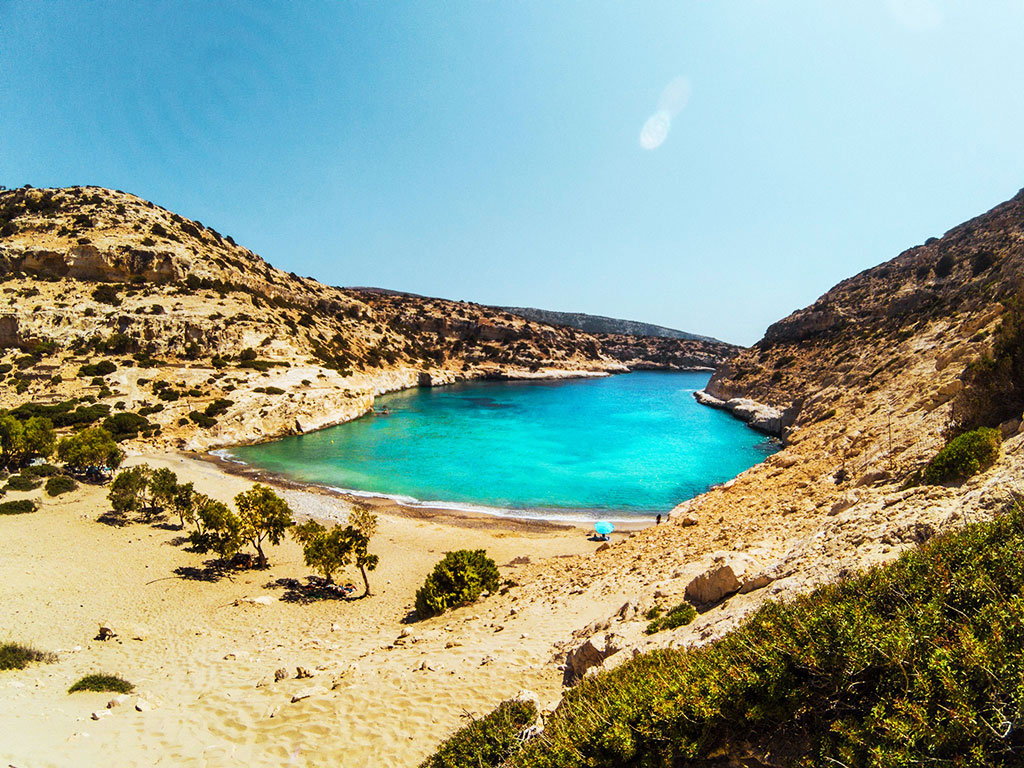 Vathi is a beautiful, secluded beach in the prefecture of Heraklion with crystal clear, turquoise waters. A place untouched by humans that offers peace and a feeling of absolute relaxation. It is located 79 km southwest of the city of Heraklion and 17 km of the village of Siva in Messara. Nearby is the southernmost point of Crete, Cape Lithino.

The beach is formed at the end of a gorge. It is well hidden among long cliffs that form a natural cove, concealed by the open sea. This makes it very well protected from all the winds blowing in the area except the southwest winds. According to the locals, this well-hidden beach was used from pirates as an anchorage. The beach is not organized but has some tamarisk trees  that offer natural shade. The seabed has sand and in some places pebbles. Nearby there are some makeshift huts as well as a café.

To get to the beach you have to follow the paved road from Sivas village to the monastery of Odigitria. From there, follow the dirt track on the right, heading west, to Kefali Mount that crosses the wild Cape Lithino. After a drive of about 15km in a rugged-gravel road you reach the beach. Nudism on the beach is not allowed, because it is considered offensive for the religious history of the area since the area to the east was a hermitage for the monks of the Hodegetria Monastery.