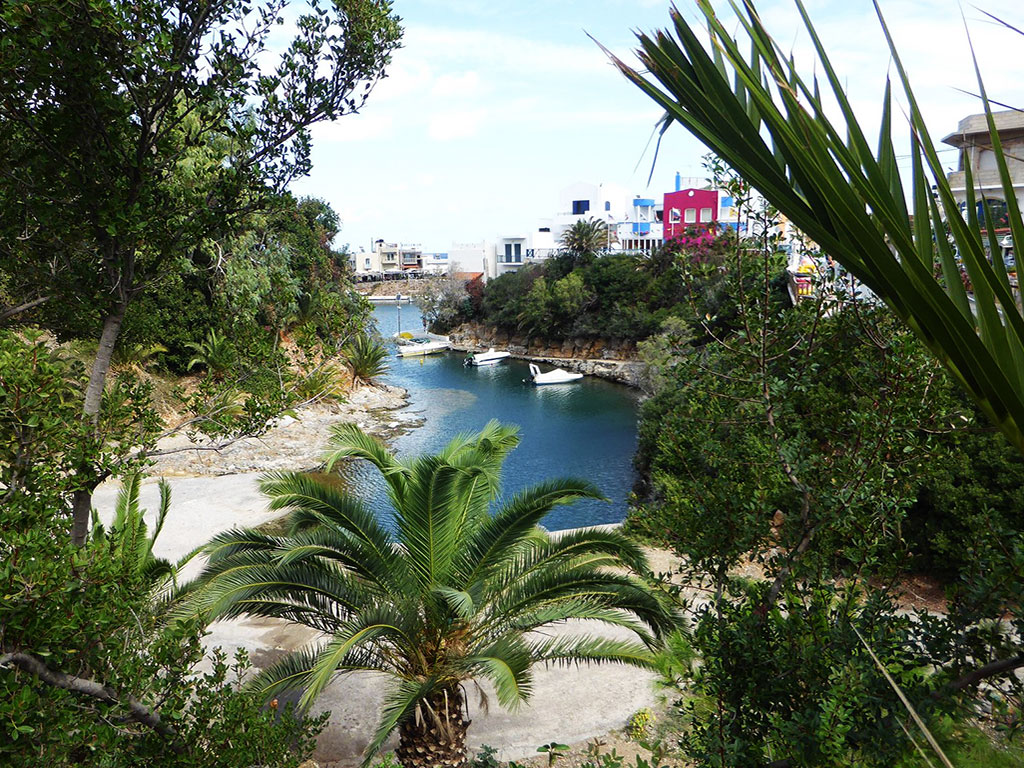 Sisi (or Sissi) is a traditional fishing village on the north coast of Crete. It lies in a fertile plain near Malia, in the prefecture of Lassithi at the border with Heraklion. The village has developed around a lovely natural and protected cove, resembling a large swimming pool, which serves as an anchorage for the boats of the local fishermen. From its port several boat excursions are organized to beaches and villages in the surrounding area.

Sisi has experienced great growth in recent decades as a result of which it has become a popular tourist destination. Today its economy is based on the cultivation of olive trees and the production of olive oil as well as tourism. Life in Sisi is different than neighboring Malia or nearby Hersonissos as it flows at a much easier and calmer pace.

The village retains some of the features of the past with no enormous buildings, and some beautiful streets decked with blooming bougainvillea. In the narrow alleys and along the coast, traditional fish tavernas facing the beautiful harbor serve fresh fish and local Cretan delicacies to visitors.

There is a lack of good beaches inside the village itself due to the steep rocky coast but there are a few nice beaches such as Boufos and Avlaki at a short walk towards the direction of Milatos. Thus, the only beach in town you can swim is the small beach located inside the harbor which is well protected by waves. The area is vulnerable to northern winds and the sea is often rough. On the hill Kefali or Kremasma, located between the two beaches, a Minoan settlement and a cemetery have been discovered, proof that the area has beem inhabited for thousands of years. During the Cretan Revolution (1866-1869), Sisi was a strategic spot for unloading guns and munitions for the Lassithi rebels.

It is situated 41 km from Heraklion, 8 km from Malia and 26 km from Agios Nikolaos. Its geographical location makes it an ideal destination as it can be the basis for exploring the central eastern part of Crete. The area is rich in history and beauty so there is much to see and experience. Worth visiting sites in nearby areas are the monastery of Saint George of Selinaris with its 16th century church, the picturesque village of Epano Sisi and the traditional village of Vrahassi, built on the slopes of Mount Anavlochos. The village also offers hiking paths in the area and places to ride bicycles.

Sisy offers all kind of accommodation, even campsites. In the town you can find various stores and services that cover every need.  As it is away from the main road there are only very few public buses a day and if you want to move around it is best to have a car.