Crete is the largest and most populous of the Greek islands, the 88th largest island in the world and the fifth largest island in the Mediterranean Sea, after Sicily, Sardinia, Cyprus, and Corsica. Crete forms a significant part of the economy and cultural heritage of Greece, while retaining its own local cultural traits (such as its own poetry and music). It was once the centre of the Minoan civilisation (c. 2700–1420 BC), which is the earliest known civilisation in Europe. The palace of Knossos lies in Crete. Crete is mountainous, and its character is defined by a high mountain range crossing from west to east, formed by three different groups of mountains: The White Mountains or Lefka Ori, The Idi Range (Psiloritis) and The Dikti Mountains. These mountains lavished Crete with valleys, such as Amari valley, fertile plateaus, such as Lasithi plateau, Omalos and Nidha and a number of gorges such as the Samariá Gorge, Imbros Gorge, Kourtaliotiko Gorge, Ha Gorge, Platania Gorge, the Gorge of the Dead (at Kato Zakros, Sitia) and Richtis Gorge and (Richtis) waterfall at Exo Mouliana in Sitia. Crete was the centre of Europe's first advanced civilization, the Minoan (c. 2700–1420 BC). This civilization wrote in the undecipherable script known as Linear A. Early Cretan history is replete with legends such as those of King Minos, Theseus and the Minotaur, passed on orally via poets such as Homer. The volcanic eruption of Thera may have been the cause of the downfall of the Minoan civilization. 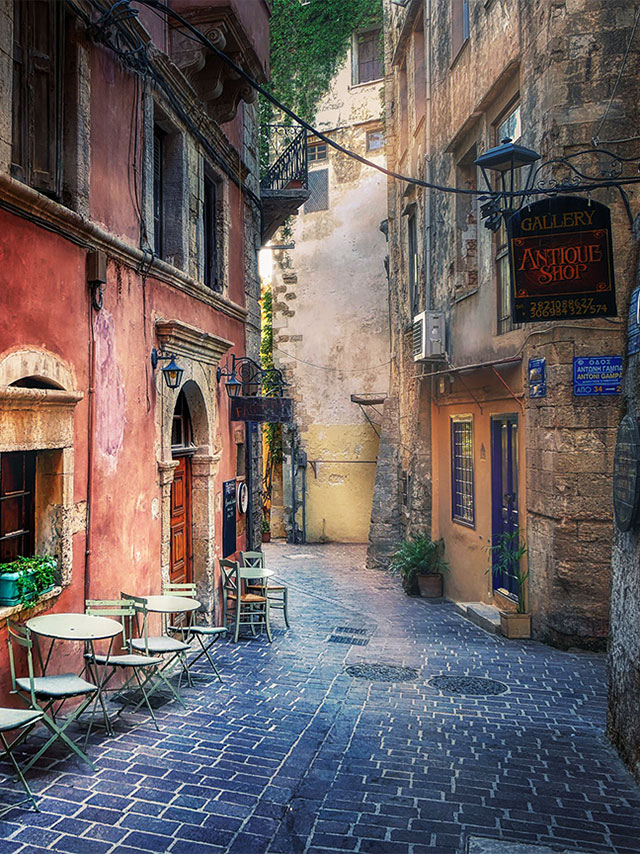 View the most important settlements. 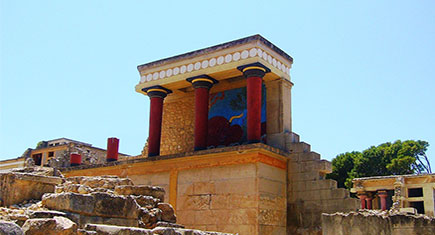 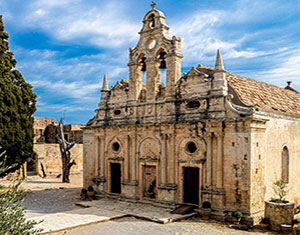 See the most popular religious destinations 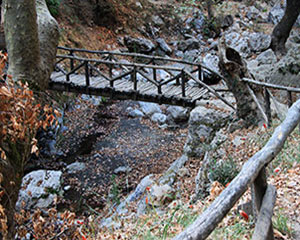 Spend a day in nature 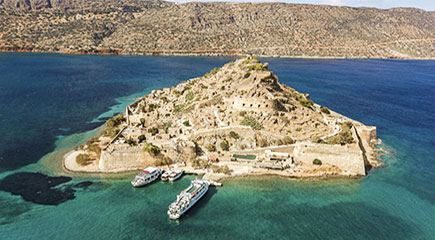 View the islets you should visit

Crete is a place famous for its history and culture, the impressive monasteries and the beautiful nature. But it is also famous for its many and impressive beaches, many of which remind tropical beaches. Beaches with dunes, pink sand, with monuments in the background, beaches surrounded by steep cliffs or hidden beaches. Here are the top beaches of the island that we believe is worth a visit.

THE ISLAND THAT COMBINES EVERYTHING 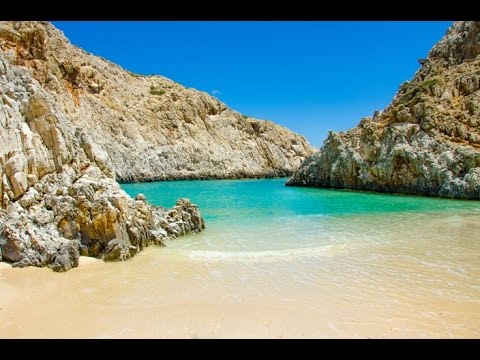 The dances of Crete are danced by men and women and remind the imposing and dynamic presence of the people of the island. The Cretan dances are divided into two large groups, the quick and the round. The quick dances remind war dances especially if they are danced by men. The round dances are more popular in marriages.

They are accompanied with the sound of the “lyre”, the lute and occasionally the violin and the guitar.

View all the upcoming feasts and festivals. Be part of them and enjoy the greek hospitality!