The Archaeological Museum of Chania in Crete houses a rich collection of finds from the Neolithic period to the Roman Era. Previously housed in the church of the Venetian Monastery of Agios Fragiskos (St. Francis), has now moved to new premises in the historic Halepa district. The collection has been enriched with hundreds of new exhibits, amongst them hundreds of artifacts belonging to the late parents of Prime Minister Kyriakos Mitsotakis. The collection came to the ownership of the Greek state in April 2000, following the decision of the Central Archaeological Council to accept the donation of the owners. The 1062 objects of the Mitsotakis collection date from the end of the 4th millennium BC, until the 3rd century AD.

The new Archaeological Museum of Chania extends over 6,000 sq. m and was designed by architect Theofanis Bobotis and partners. It is a bioclimatic triangular building that emerges from a hillside and projects out over the sea. In addition to the permanent exhibition, the museum organizes temporal exhibitions, educational programs and various cultural events during the whole year in order to project the cultural history of Chania in the best possible way. Apart from the exhibition rooms, includes restoration labs, a 120-capacity amphitheater and two touch tables in the atrium for the visually disabled.

The building houses 3.500 archaeological artifacts excavated from around the city of Chania and the surrounding regional unit. Around 1.000 of them had never been publicly shown before due to the limited space of the former building. The museum contains a wide range of coins, jewelry, vases, sculpture, clay tablets with inscriptions, stelae and mosaics. Of the most noteworthy exhibits are a Roman floor mosaic depicting Dionysus and Ariadne, a late Minoan sarcophagus from the necropolis of Armeni dated to 1400–1200 BC, an ancient Cycladic style vessel from Episkopi and an unusual ceramic spherical flask, dated to the Late Minoan III period. 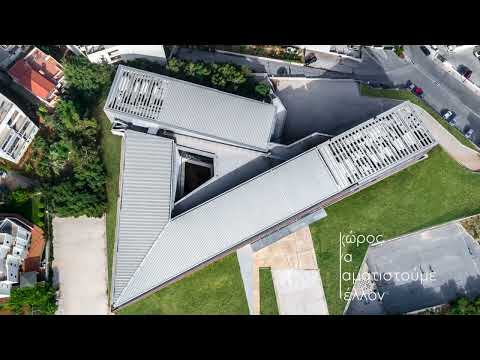