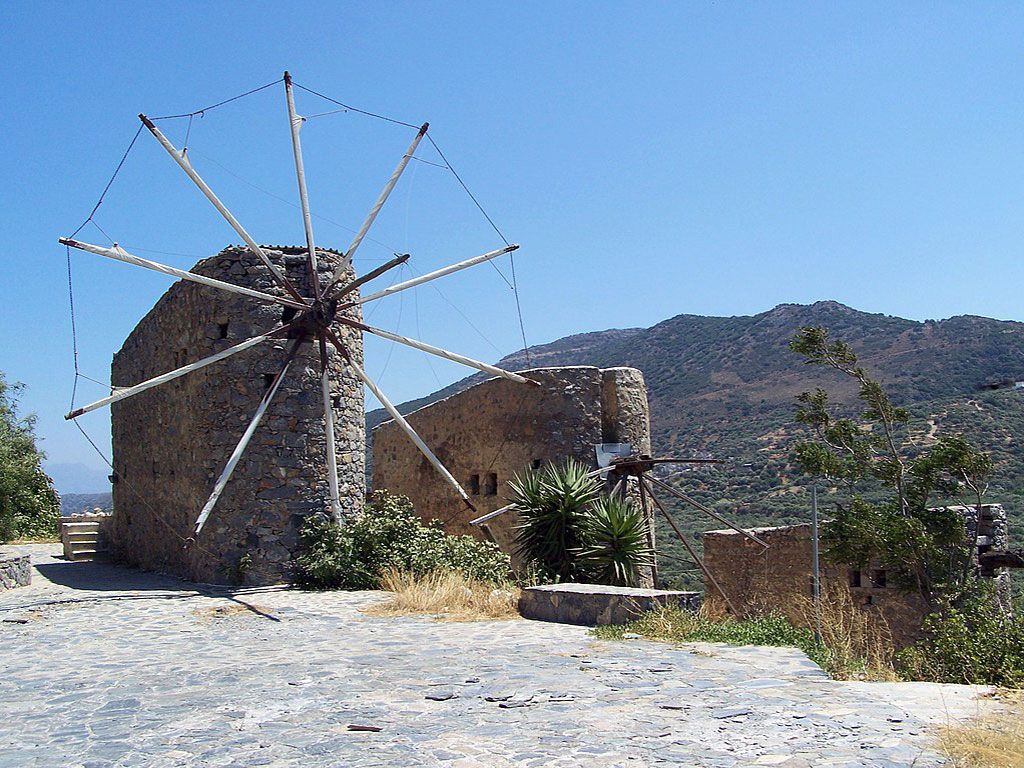 On the slopes of the village Nikithianos in Lassithi, there is a series of 15 stone windmills that stand in a row. Some of them are preserved in good condition, while others are half-ruined. They are a remarkable monument of the pre-industrial era and the landmark of the village. The mills are inextricably linked to the history, culture and topography of the area.

The windmills are of two types: the circular ones, turning according to the wind direction, called Xetrocharis, and those that turn only in a certain wind, called Axetrocharis. The latter have a rectangular shape that is round on the side of the mill. Unfortunately, some of the windmills were destroyed during the construction of the National Road.