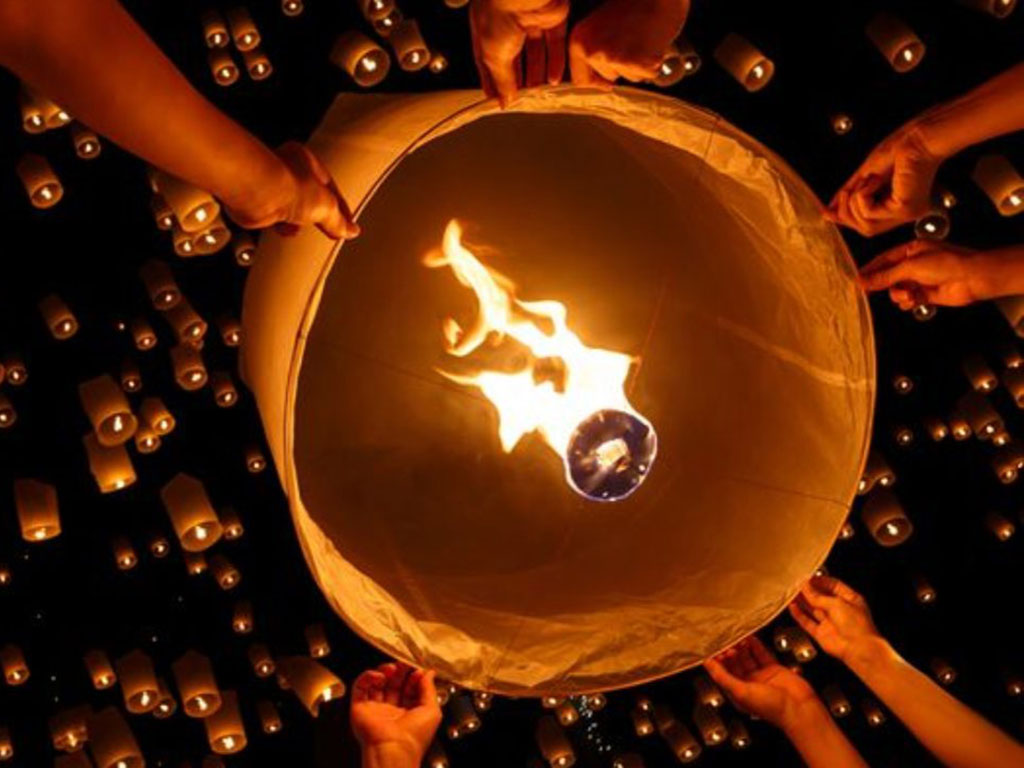 The balloons of the Resurrection

In the traditional Leonidio, one of the unique and most spectacularly resurrected customs of Greece is revived. Resurrection Night is the Night of the balloons, a custom that began in the late 19th century. The beautiful capital of Tsakonia is becoming a spectacular spectacle.
The inhabitants of this picturesque town of the prefecture of Arcadia make hundreds of colorful balloons every year, which they release on the night of the Resurrection in heaven.
As soon as "Christ is Risen" is heard, the parishes literally catch fire, trying to compete with each other in who will be able to lift most of the balloons in the sky.
We do not know the exact origin of the custom but the older ones remember that it started around 1910-1915 and it is assumed that it was brought by the seamen of Leonidio from Asia.
The technique used is special and its origin is lost in the depths of time. The balloons are made of rod and paper. To trigger them, a cloth, soaked in olive oil and oil is used, the "kalymmara".
The glues with which the balloons are made are usually blue, green, orange, but the predominant color is red and yellow.
The balloons, accompanied by sparklers and improvised barrels, make the night of the Resurrection a moving spectacle for the old acquaintances of the custom and an unexpected outburst of soul for the new ones.