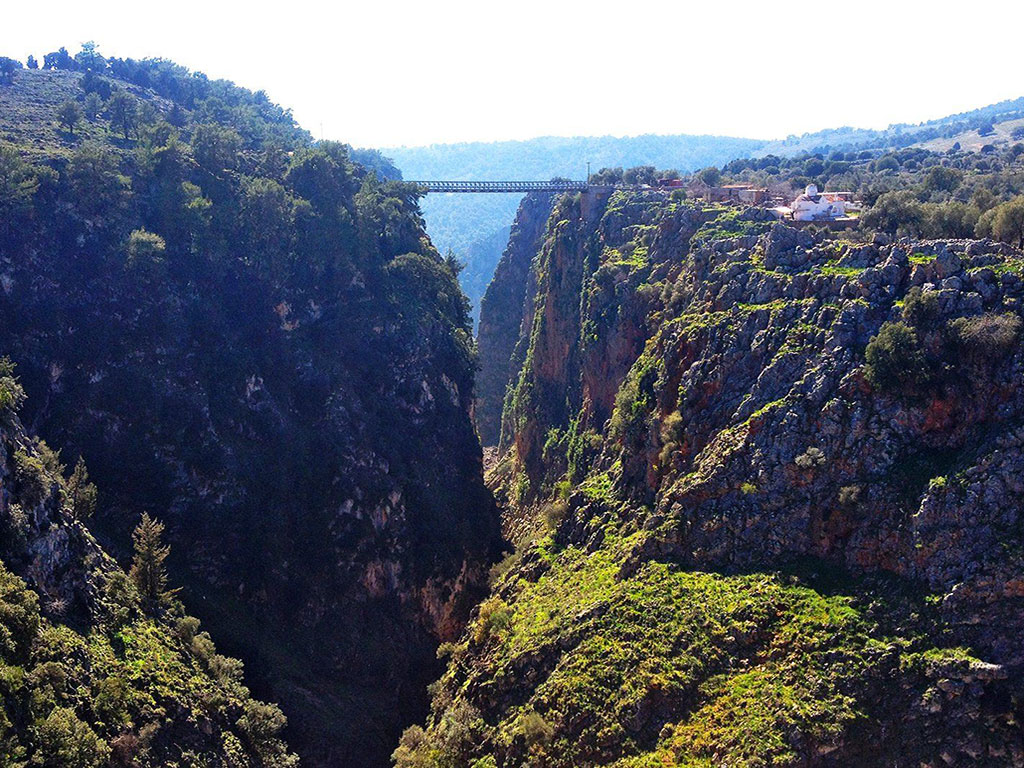 Aradena gorge is the deepest and steepest gorge in Chania. It begins on the softer southern hills of the White Mountains and ends at the Libyan Sea near the enchanting beach of Marmara. Its total length is 15 km. The old Sfakians called it Faragas (Huge gorge) due to its size, to discern it from the rest gorges of Sfakia, characterization that later was falsely used for Samaria gorge.
The 138 meter deep gorge is ideal not only for hiking but for bunjee jumping as well, from the bridge of Aradena, the second highest bridge for bunjee jumping in Europe.  The hike through the Aradena Gorge is one of the most popular and beautiful hikes on Crete with a moderate degree of difficulty. Althought its total lenght is 15 km,  the hiking route is approximately 7km long and it takes approximately 2½ to 3 hours to walk it. The hiking trail of the Aradena gorge starts from the abandoned village of Aradena and ends up in the sea. In some places, hikers must descend a 10m tall metal ladder attached to the cliff, but nowdays there is a new hiking path bypassing the difficult spots.
To get to the starting point of the trail, you have to drive to the village of Anopolis and then to the small abandonded village of Aradena, standing at the edge of the gorge. Before the bridge, on the right hand-side, there is  an old stone path leading to Aradena gorge bed next to the scenic chapel of Astratigos (Michael Archangel). There is also a paved trail on the other side of the gorge. This is the path that the residents of the village had to traverse in order to leave or come to Aradena in the old times, when still there wasn't a bridge. Along the gorge, there are two more abandoned villages on the sides of the gorge, Azogyres and Sterni (St Vasilios). The gorge can be crossed either from its lower entrance, at Marmara beach, or from above, beginning at Aradena village. The gorge’s fauna includes bearded vultures and other rare bird species, while lucky visitors may also come across the local wild goat called “aegagrus”.
When you reach the end, on the Marmara beach, you have two choices: 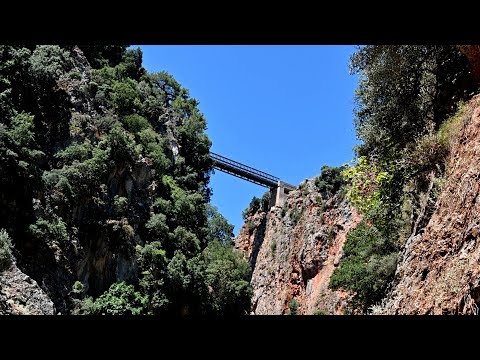