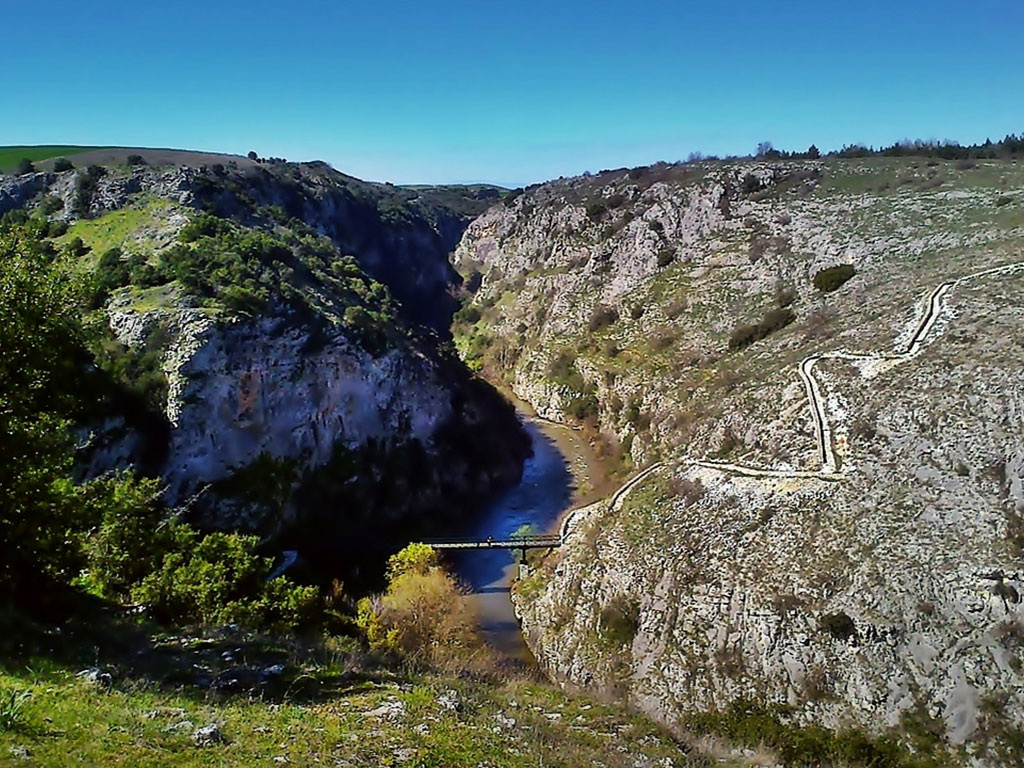 The Aggitis gorge, also known as "Stena Petras", "Dioriga" and "Vraus", is located between Paggeo and Menikio mountains. Although it is not very long, it is very impressive. One of its main characteristics are the vertical cliffs that in some points reach 80 meters of height. According to a tradition the gorge was artificially created by the ancient Macedonians in their attempt to dry the large, ancient lake Prasiada. In fact, it is the result of violent geological upheavals that took place in the area thousands of years ago and during the which the land was separated into two parts.

In various parts of the gorge there are petroglyphs, depicting horsemen, wild animals, archers and abstract designs dating back to the 5th century AD. There are parallel paths that follow the gorge at its highest points on both sides. About in the middle of the gorge, there is a path that goes down to the riverbed, crosses the gorge through a bridge and goes up again, ending at the Cave of Alistrati.

Aggitis river is the largest tributary of the Strymon river. Its springs are west of Drama between Mount Menikio and the foot of Falakro mountain. It follows a southern course and enters the prefecture of Serres near the village of Symvoli. There, its water is joined with the waters of Xiropotamos and along with the waters of Tenagi of Philippi starts a labyrinthine route between vertical rocks, forming the gorge of Aggitis in the area of ​​Alistrati. In most places, steep vertical cliffs sink into the river while in other places a riparian forest has been created consisting of plane trees, willows, alders, maples, poplars, lilacs and laurels. Over the centuries, several caves and arches have been created along the ravine. The gorge is a refuge for dozens of species of birds such as eagles, hawks and owls.

The hiking route (Alistrati Cave - Symvoli Dam) is 5.5 km long and is a quite easy hike (dirt road, cobbled path and stairs) without particular difficulties and technical requirements. The route is impressive, giving the hiker the opportunity to enjoy the "meanders" of the river and the vertical rocks. While in the area, it is worth visiting the cave of Alistrati, the cave of Orpheus where archaeological researches, brought to light findings such as human bones and tools, that testify the human presence in the area since 3500 BC., the railway station of Aggista, the Macedonian Tombs and the traditional stone bridge of Aggista. The canyon is open all year-round. 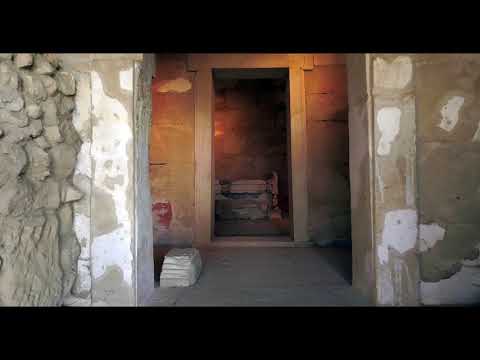