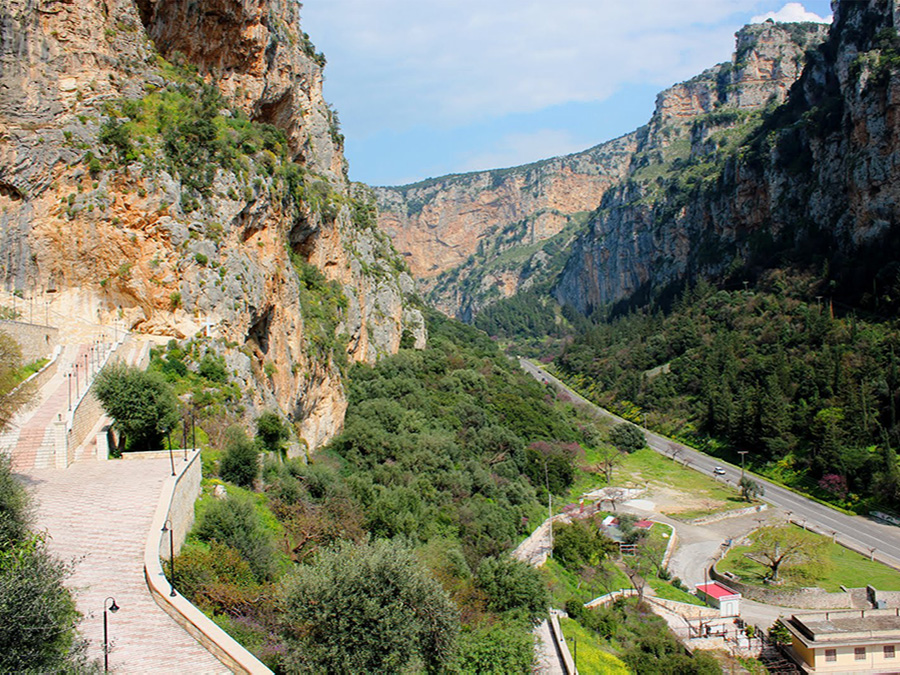 Six kilometers in length, the Klisoura Canyon and the path that led it up until 1950 were the most common communication route between Stiri  and Kyriaki, the two villages on the south side of Εlicona .

The Klisoura Canyon , which locals have named Pausanias in recent years, has been used since ancient times to communicate between the cities of Stirida and Medeona .

It takes about 1.5 to 2 hours of hiking for the hiking trail to the Klisoura Gorge .

At the entrance to the Klisoura Gorge from Stiri is the famous Leonti stone bridge with its two arches, which is said to have been built 300-400 years ago by a monk in the monastery of Agios Loukas named Leontio.

Klisoura Canyon can also be reached from the monastery of Agios Loukas in Stiri, about 2 km away.