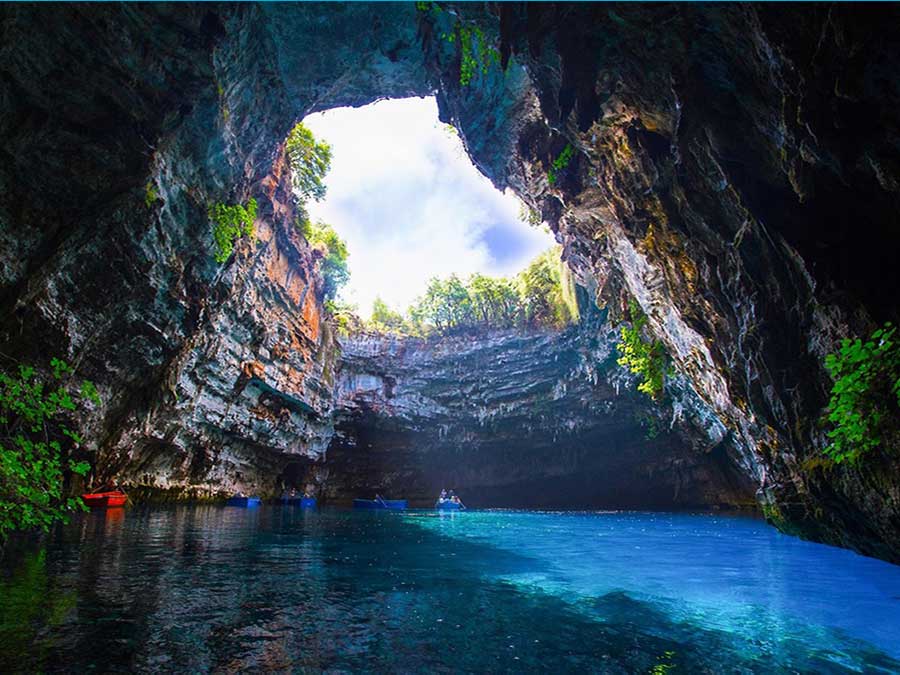 The natural entrance of the cave was created by the fall of a section of the roof. Artificial entry with stairs and a long underground passage allows  the visitors to enter the cave. The lake is located 20 m below the surface of the land and its depth is from 10 m to 30 m. Stalactites with strange shapes decorate the largest part of the cave. Beautiful waters with changing shades of blue as the sun sets, honey walls and countless stalactites will take your breath away and will take you to another, mythical and magical world.

The lake cave Melissani was discovered in 1951 by the speleologist Yiannis Petrohilos. In 1963, Austrian geological scientists confirmed that the cave's water is mixed underground with the seawater from the Argostoli Dredges and rainwater.

The cave was named after either the legend of Nymph Melissani who committed suicide here because the god Panas denied her, or regarding to the tradition that spepherdress Melissanthis wanted to be killed by falling on the lake while hunting one of her sheep.

The Cave of Melissani emits an intoxicating sensation, as there is a lake of shape "B"  in the cave that has a small island, as well as trees and forests that surround it. Its two chambers, the sunlight and the other dark and ominous, covered with stalagmites, seaweed and moss, create a unique and unforgettable image.