Gerontospilios, as also called, is very important due to the archaeological findings, some of which are exhibited in the Archaelogical Museum of Rethumnon. Moreover, the cave has played a tragic role in the history of Cretan revolution against the Turks, in 1823.

Apart from its archaeological significance, the cave is of great historical importance, since it is connected to one of the greatest unknown tragedies in Greek history. In October 1823, 340 women and children and 30 men from Melidoni village found refuge in the cave, in order to escape the Turkish army that moved in their village for staying during winter. When Hussein Beis discovered their hiding place, he encircled the cave with his army and asked the Cretans to surrender and they refused.By January 1824, the Turks had made several unsuccessful raids to occupy the cave. So, Hussein Bey decided to block the entrance of the cave with branches and other flammable materials and then he set fire. All the women, children and men died from asphyxiation caused by smoke. In the central hall of the cave, there has been placed an ossuary with the bones of heroes, reminiscent of the drama of Melidoni.

Archaeological findings indicate that the cave had been inhabited continuously from the Late Neolithic Era till the Late Roman period. Although initially used as a place of residence (Neolithic tools were discovered in 1928), the cave became a place of worship during the Middle Minoan period (from 2100 to 1600 BC). This is proved by the copper ax that was found during illegal excavations in 1940. It seems that during the Minoan era the cave hosted worshipers of the mythical bronze giant of Crete, Talos, who ensured the safety and the security of the island against enemies. The giant robot ran the round of Crete twice a day. The legend tells that Medea removed the tack that protected Talos’ only vein. Then, his vital fluid, ichor, was poured and Talos died.

The arched entrance of the cave is leading to the first chamber which called "Room of Heroes", where we see "Mnemion" (Monument), a complex filled with stalagmites. On the way to "Stavrodromi" (Crossroad) we get into the right chamber and we reach the "Pashley Room" where stalagmites and stalactites create a wonderful complex.

As we keep on walking, the rock formations give the impression of being on another planet. In the "Room of the rocks" through a narrow path we reach the "Chamber of Katavothra" and we turn right to the "Iperoon" (Gallery). Walking down the cave we reach "Stavrodromi" again and we walk on the left side of the cave which has only one chamber "The Chamber of Curtains", which is adorned with impressive stalactites and stalagmites. 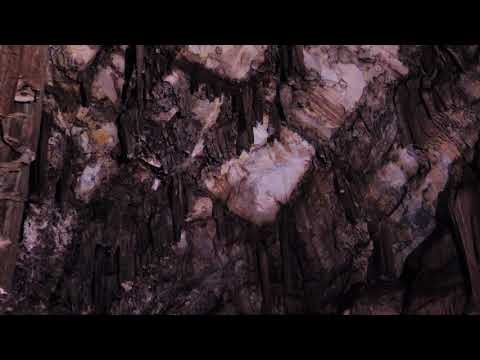