The first who saw the beautiful cave was the French archaeologist Gustave Fouzer in 1887 who was making excavations in the ancient Mantinia. The first survey of the cave took place on August 20, 1892 by Greek-French mission headed by Nicholas Sideridis and two French engineers.

The publication of the cave's study and its sinkholes in the area in the French journal Spelunga 1911 brings the cave in the global publicity. This publication is the most important Greek speleological article in the season and is the beginning of awakening the interest of the Greek study of caves. In 1974 he held new Greek-French mission headed by I. John and discovered new section of the cave, which was unknown to early investigators. The cave traces old flood and plurality of human bones and skulls covered by mud (half-meter thick) that covers the floor of the cavern. Also lamps were likely to belong to the late Greek times (4th & 5th century AD).

The hall of "Miracles" presents the rarest colors of stone material from any other known Greek cave. Red fire, yellow ocher and turquoise mixed with the white stalactites, offer a unique natural spectacle art. Kapsia cave is ranked among the 10 most remarkable caves in Greece. It is located 1.5 km north of the village of Kapsia and belongs to the complex sinkhole system of the Mantineia plateau. The area explored so far is about 6500 sqm. 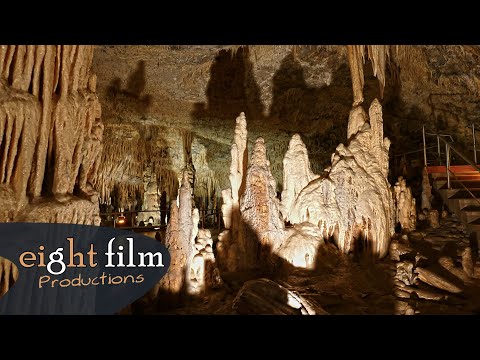