The petrified forest is one of the four founding geoparks in Europe. On the western coast of Lesvos Island the passage of time and the lapping of the sea’s waves have slowly revealed the petrified remains of plant life of the distant past.Intense volcanic activity, which took place in the Northern Aegean 20 million years ago, resulted in the creation of the Petrified Forest of Lesvos.

Here one can find fossilised pieces of trees, which in the remote past were once alive, standing upright or lying on the ground in a multitude of colours, with their roots and branches. Scientists who have studied the Petrified Forest speak with wonder of the uniqueness, rarity and great scientific value of the monument.

The Petrified Forest provides considerable information regarding the composition and character of paleoflora and climatic conditions of the distant past. This monument thus constitutes a natural document recording the geological history of the Aegean basin of the last 20 million years.

In February 2004, UNESCO recognised the contribution of the Petrified Forest of Lesvos on geoconservation issues and included it in the UNESCO Global Geoparks Network along with all European Geoparks Network members. 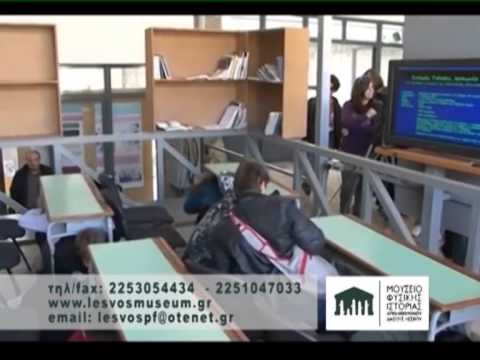