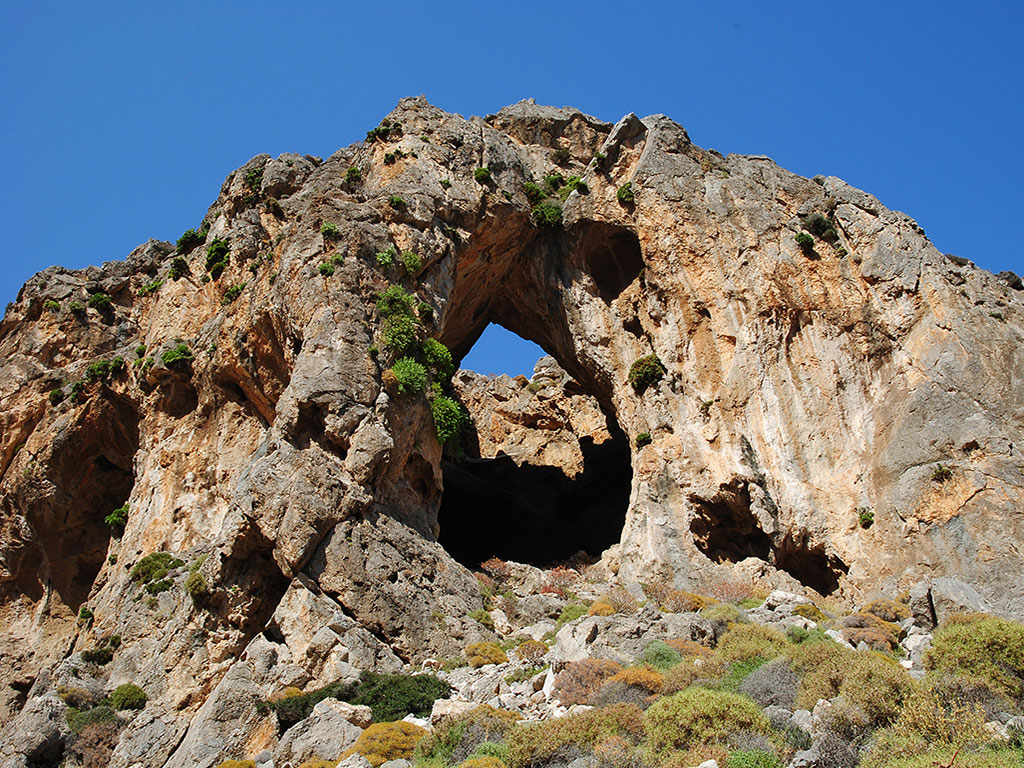 On the eastern, most edge of Crete, Greece, at Sitia Geopark, the heritage of the earth remains unspoiled and untouched by human hands. The rock formations and soil have a unique presence thanks to the variations in their color and shape over time. They create a sub-stratum, a basis on which life was evolve, life that was frozen forever by natural processes, locked within rock, life that continues to thrive persevering in the palm forest of Vai and the banks of the gorges.

Water, hiding here and re-emerging there, creating invisible rivers deep within the earth, has been sustaining mankind there for centuries, providing energy, life, and wealth of goods. It is one of the few places where the obvious absence of water provides such a wealth. The geological heritage of Sitia geopark composed by its particular features make it unique and of international value.

The abundant Pleistocene mammal fossil sites, the discovery of three Deinotherium giganteum fossils, the extensive cave systems, as well as the palaeo-shorelines of Zakros area are unique for Crete and of national importance. More than 100 geosites have been identified and a number of 14 geotoutes, have been designed, through which the visitor can wander and meet the exceptional natural, geological and cultural heritage of the park’s territory. The georoutes include road and bicycle routes and of course trekking routes and are all supported by info-panels and signs.

The courses of humans and land there, in eastern Crete, intertwine and complement each other. The marks of humans are revealed in the rich archaeological finds and in the present day, still unadulterated, life of its residents.

The land, still virginal at sites, invites visitors on a journey through time to the present, it entices them to communicate with nature and humans, in a quest for the real Crete, its history, culture and gastronomy.

Sitia Geopark will offer joy and delight to visitors through its marvelous beaches and unique environment, through its activities and products, while teaching the harmonious coexistence of humans and nature, through attitudes, ancient practices and traditions that are centuries old.