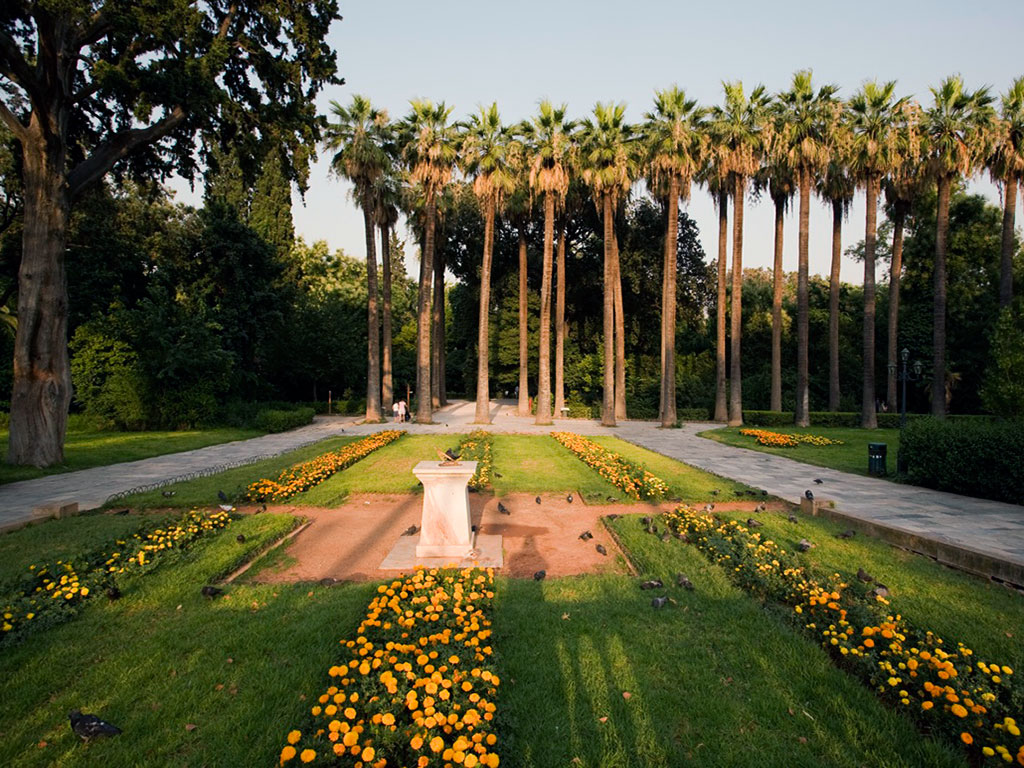 The Athens National Garden lies right in the heart of Athens, next to the Greek Parliament. Surrounded by some of the busiest avenues in Athens, the National Garden is a true gem for the city. Once was the garden of the palace of the first kings of Greece, which today houses the Parliament. With a total area of 285 acres (28.5 hectares) it is an oasis for the city, a great place for walks and to escape the noise and the heat of the city.

Before it was renamed “National”, the garden was called “Royal” or “The Garden of Amalia”, the queen to whom it owes its existence. The garden encloses some ancient ruins, Corinthian columns and mosaics of a Roman villa. There is also a pond with ducks, a Botanical Museum, a small traditional cafe, a Children's Library and a playground.

The garden was designed in 1836 by Friedrich von Gärtner, the architect of the palace on an area of about 500 acres, a plan that was revised in 1839 by Hoch, the chief engineer of the palace building. The construction started in 1839 - 1840 with the tree planting of about 15,000 ornamental plants, which were imported from Milan. Later on, more plants were added from other European and countries of North Africa. In addition, there are many native plants from various parts of Greece. The garden work was undertaken by the French gardener Louis Barrow, with the help of the agronomist Frederick Smith in 1846 and it was completed in 1852.

It is said that Queen Amalia's interest for the Garden was such that she used to spend at least three hours a day taking care of it personally. For Amalia's family the garden design and maintenance were a tradition. In fact, she was the one who in 1842 planted the 12 palms that still exist at the main entrance. According to a survey conducted in 1981 the garden is home to 7,000 trees, 40,000 shrubs and other plants, belonging to 519 different species and varieties, of which 102 are Greek. The garden paths have a total length of 7 km.

Initially the garden was not open to the public. The people of Athens could only stroll around Zappion as the gardens were used only by the Royal family. After the expulsion of King Otto, a small zoo was made and in 1927 the wooden fence was replaced with iron railings. In the 1920s the park was opened to the public. Since then, it is open daily from sunrise to sunset. The garden has seven entrances: the main entrance to Amalias Avenue, one from Vasilissis Sofias Avenue, three entrances from Irodou Attikou Street and two more in the area of Zappeion Park. 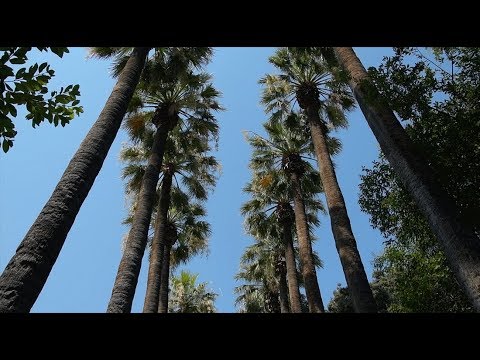