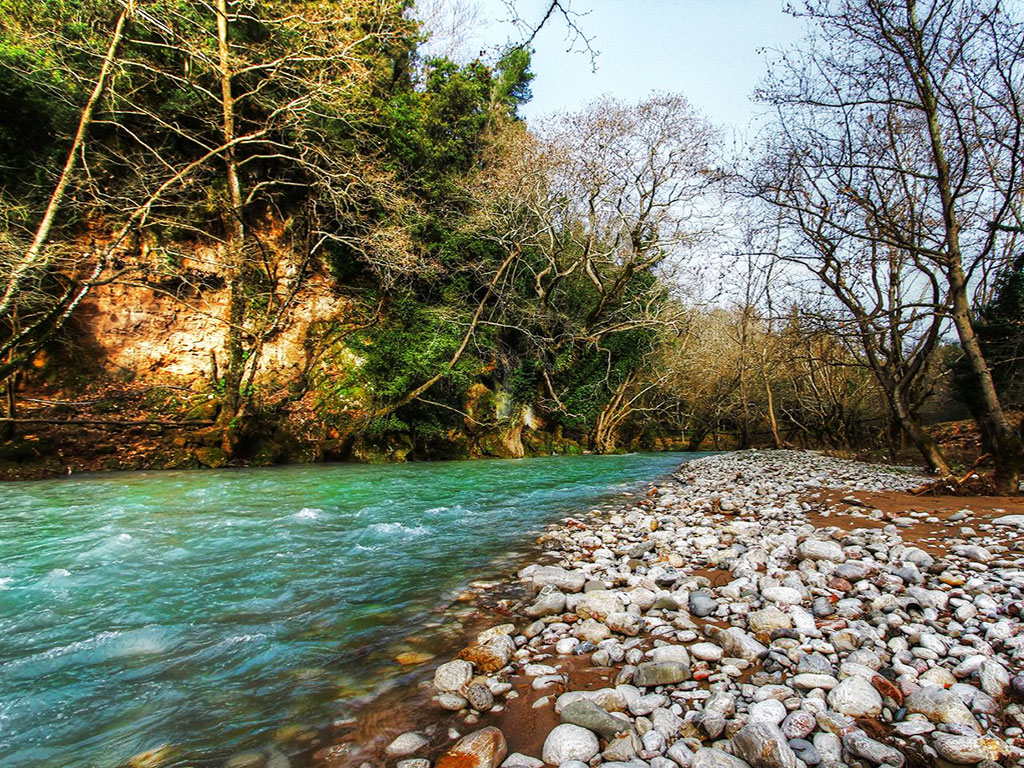 The Erymanthos from antiquity until today, is the natural boundary between the prefectures of Ilia and Arcadia, as the geographer Strabo writes. There are reports that it was also called "Duana".

Its springs are located to the southwest of Mount Erymanthos in Achaia. In its original course the river is called Nusaitiko and the waters have a southeastern direction towards the village of Tripotama. There, it meets the waters of two small streams, the stream Aroaniou (Livartzino stream) and Siraiou (Vertsiotiko stream), which have their sources in the mountainous area between Erymanthos and the Aroania mountains. After passing Tripotama, Erymanthos has a southwesterly direction for a while and then flows from north to south until it empties its water into the Alfeios river in the area of ​​Irea.

Also indicative of the importance of the river in antiquity, is that near the present village of Tripotama was built the town of Psofis, the ruins of which are visible from the road that passes outside the village of Astras, from the Monastery of Poretsou and reaches the village of Platanitsa. The river flows into an area rich in pine trees and passes stone bridges, old watermills small villages and many historical monuments of the Peloponnese.

It is a rapid river and in its waters canoe-kayak and rafting competitions take place. The Erymanthos river is a very popular river rafting destination and is ideal for those who love challenges. It is characterized by high frequency passages, 3-4 degree of difficulty and requires previous experience. With natural obstacles and playspots, this spot will increase the adrenaline rush of the paddlers. The river has a relatively short rafting season of about 2 months (January and February).