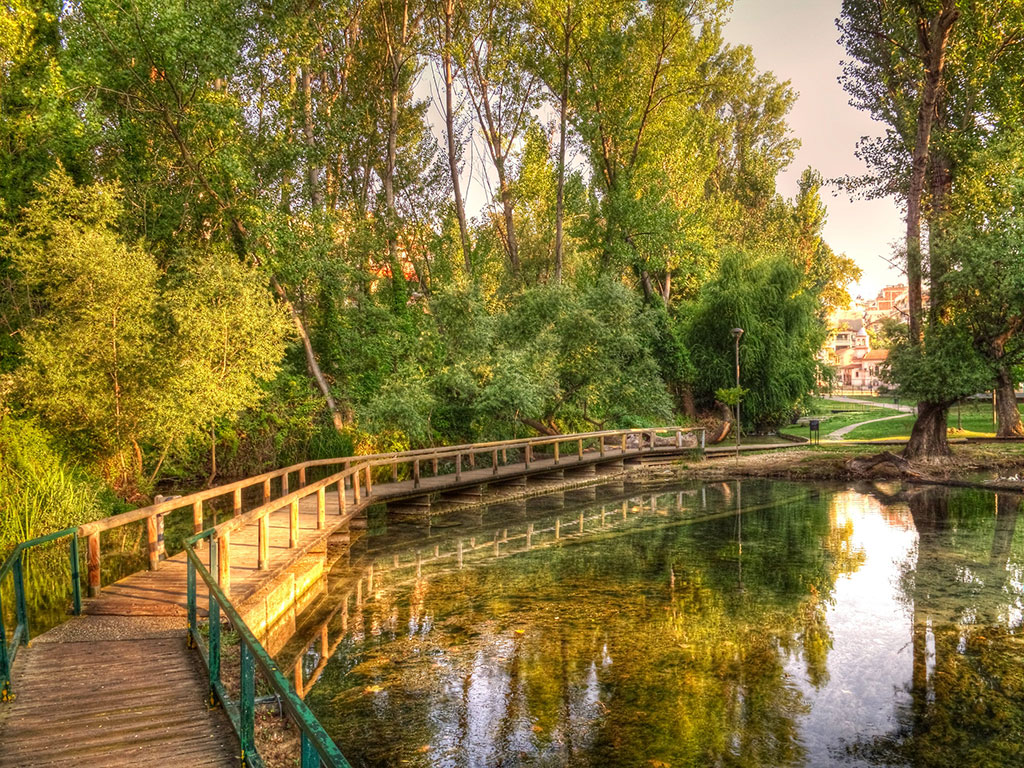 Drama is a city characterized by abundant waters, the main springs of which are located in the park of Agia Varvara. The springs have taken their names from the homonymous church of Agia Varvara (St. barbara), located there. According to tradition, when the Turks conquerors occupied the city, attempted to demolish the church in order to build a mosque in the same spot. But then water started to gush in the area, covering the church, which was finally saved.

Around the springs stretches an urban park which is one of the main attractions of the city. In the 17th century, when the Turkish traveler Elvia Celebi visited Drama, he was fascinated by the springs gushing between the plane trees and wrote: "Such an area with springs and ponds does not exist in Roumeli, Persia, Blah (ancient Bactria in Afghanistan), Vothhara, Harasan or Germany. From a hundred springs gushing crystal clear waters and from the big tank they run into smaller ones.”

Even today there are many springs, the waters of which flow out of the city and empty into the Aggitis river. The springs of Agia Varvara is a very important wetland in the heart of the city and a beautiful recreation area where locals and visitors enjoy stroll in the magnificent formed paths.