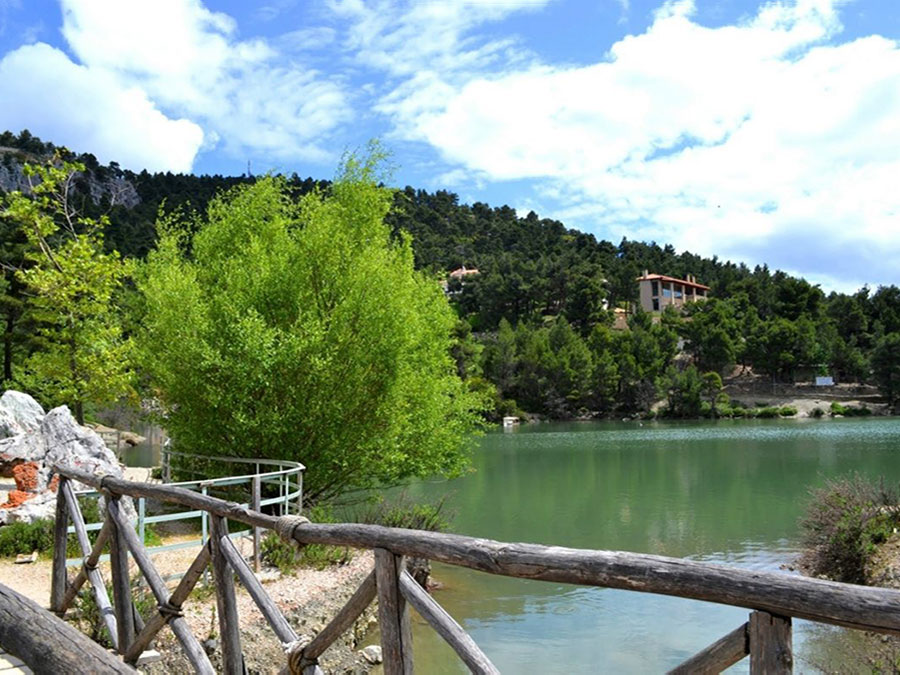 Parnitha is the highest mountain of Attica and is covered with one of the densest forests in Greece.

Parnitha’s forests are dominated by the fir tree Abies Cephalonica, the Cephalonian fir that grows at an altitude of over 800-900 m., while its northern and southwestern slopes are extensively covered with forests of pine trees. Up on the mountain you will frequently find hollies, oaks, strawberry trees and cedars (Juniperus oxycedrus), while at more rich with groundwater grounds you will find Osrtya carpinifolia, planes, poplars (Populus alba), etc.

In the last thirty years many black pine trees (Pinus nigra), acacias, as well as some cedars of Lebanon and lindens have been planted in the regions where the fir trees grow. Of course, there are innumerable heaths (Mediterranean maquis), which cover large areas of land mainly at the northern side of the mountain.

The etymology of the name Parnitha is related to the root parna, which is considered Pelasgian. In the Hittite and Lydian languages (dead languages of the Near East), the root parna- means temple, house.

In Greece it is related to the names of mountains (Parnassos, Parnonas).

In antiquity, the mountain tops of the Greek mountains where dedicated to Zeus, as was the case with Parnitha.

Many ancient names of places and rivers have survived to this day, as well as Arvanitian names, such as the gorge of Gouras and its river Keladonas.

Parnitha’s flora is one of the richest throughout Greece, as it can boast almost the 1/6 of the total number of plant species that grow in Greece.

More specifically, 1100 types of plants grow on Parnitha out of the 6000 different species that exist in Greece, rare species of endemic plants that exist exclusively in our country, spread in smaller or larger areas on the mountain. The two endemic species of Parnitha are a species of wild carnation (Dianthus serratifolius) and kabanoula (Campanula Celsii).

With the term endemic species of plants or animals, we mean the species that exist and reproduce naturally only in one place and nowhere else. Their importance lies in the fact that they provide us with information about the past and the particular ecological factors of an area. They usually germinate in little soil, on steep rock crevices and they manage to survive in extreme weather conditions. Species under threat of extinction are the red lily and the white peony.