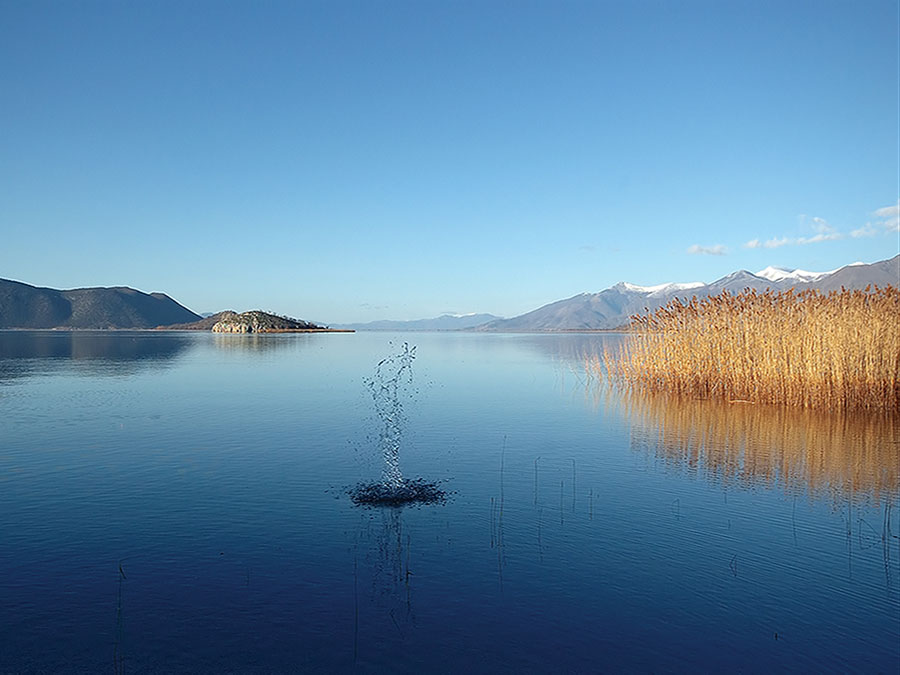 The Prespa National Park in Greece is distinguished by its rich natural environment and evocative landscapes, the architecture of its villages and the unique Byzantine monuments; it is protected by national and European legislation as well as international treaties.

In 1974, an area of 194.7 km² in Greek Prespa was declared a National Park, with the strictly protected Lesser Prespa Lake at its core. The first Prespa National Park did not include all of the Greek part of the lake basin, and much of Mount Varnoundas remained outside its eastern boundaries. In 2009 this protected area was enlarged to include the entire lake basin, a total area of 327 km², and re-declared as the Prespa National Park, with new zoning and protection measures.

The Prespa National Park and the part of Mount Varnoundas which falls inside the basin are part of the Natura 2000 network of protected areas. In addition, Lesser Prespa Lake is one of the 11 Greek wetlands of international importance to have been included in the Ramsar Convention on wetlands.

Over half of the species of birds, amphibians and mammals found in Greece can be seen in Prespa. The occurrence of such a large number of plant and animal species in such a small area underscores the importance of the National Park. In the area there are more than 1.800 plant species and sub-species (almost a quarter of the total number of plants in Greece), and of these 194 are considered important due to their unique characteristics.

Over 1.000 pairs of Dalmatian pelicans breeding in Prespa, the largest colony in the world.

At a European level Prespa is also important for its variety of flora and vegetation types, as well as its habitat types. It has been estimated that about 26% of the total area of the Prespa National Park is covered by habitat types that are a priority under Annex I of the Habitats Directive 92/43/EEC; these priority habitat types are particularly vulnerable and therefore enjoy a special system of protection.