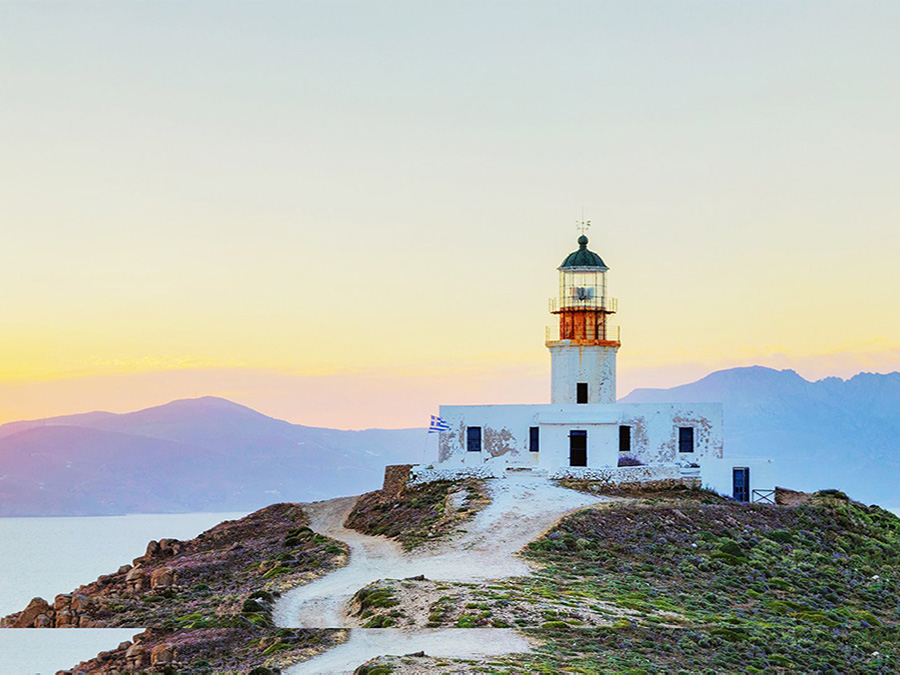 Built in 1891, Armenistis Lighthouse is a testament of the rich maritime history that is tied to the island of Mykonos. It is a pretty and still-functioning historic lighthouse that offers one of the best and most heartrendingly beautiful views on the island. Situated to the north-west of Mykonos Island, above a homonymous bay and 7 km away from Mykonos Town, the lighthouse overlooks the strait between the island of Tinos and Mykonos and offers staggering views of the Aegean Sea. The best time to visit is at sunset because then you get to see the city across the ocean light up for the evening.

Armenistis lighthouse was built after the wrecking of the British steamship “Volta” off the north coast of the island in 1887, which left 11 crew members dead. To prevent other such tragedies and to keep sailing ships safe, four years later a lighthouse was built. Measuring 19 meters in height and with a focal height of 184 meters that flashes a white beacon every ten seconds, the lighthouse features an octagon stone tower with lantern at the top. The lantern was once home to a mechanism designed by French company Sauter Lemonier which received an award at the International Exhibition in Paris at the time. This mechanism has now been replaced and is on display in the garden of the Aegean Maritime Museum of Mykonos. This mechanism remained in use until 1983 when it was replaced by a modern electrical mechanism.

Surrounded by a charming stone-fenced courtyard, the structure includes a cubic-shaped construction with rooms for the lighthouse keepers who lived there with their families. Several lighthouse keepers, worked there in shifts day and night for almost a century, responsible for tending and caring the lamps and mechanisms. During World War II, the Germans used the lighthouse as watchtower, taking advantage of its strategic position. The lighthouse, although abandoned today, is one of the island's main attractions, attracting lots of tourist, who come here to enjoy the view and capture some really great photos.

The route towards the lighthouse begins at Agios Stefanos. The access road is long and winding with the final part being dirt with some large potholes. Signs indicating the direction to the lighthouse are few and far between. Even though you can't go in to the lighthouse, you should definitely include it in your list with places to visit. 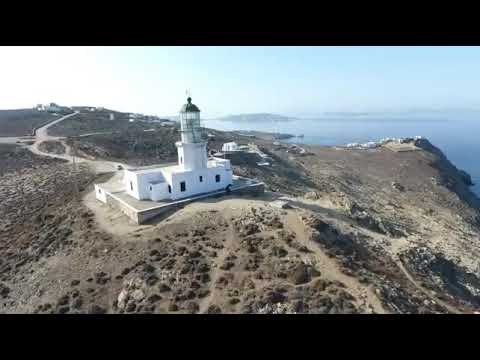