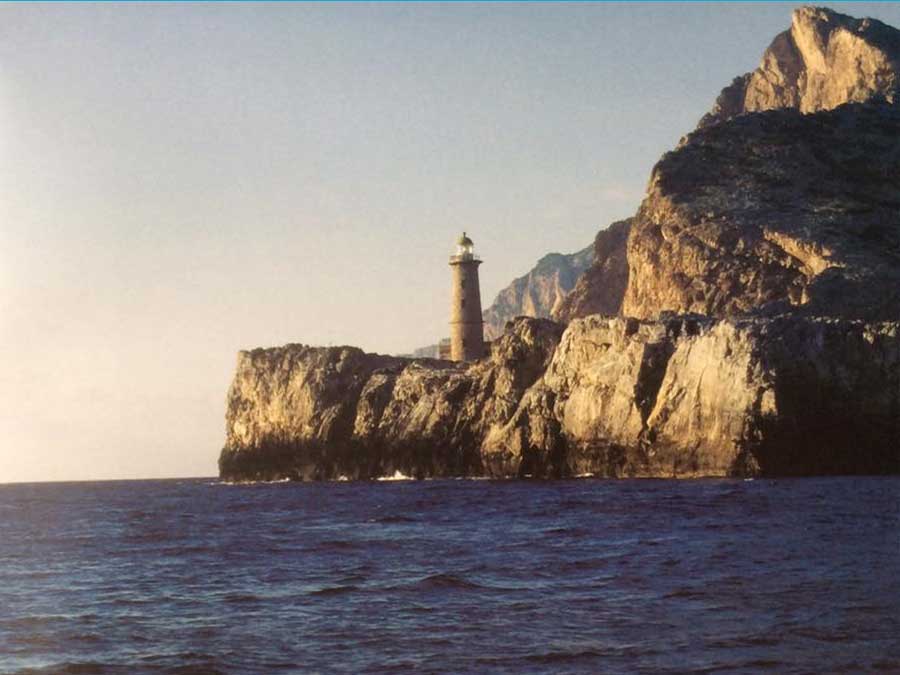 It was started in 1926 with oil as a source of energy. During the Second World War, the lighthouse remained off and suffered many damages. In 1945, he reopened with the installation of a temporary acetyline lamp, which operated until 1953. By this time the renovation works were completed and new oil lamps were installed. In 1983, it was automated and turned into solar, with two white flashes per 15s and a light range of 17m.
The building is a ground floor house, consisting of four rooms, a kitchen, two storage rooms and a WC. The tower is stone-built and circular, with internal diameter of 2,20m and external of 5,20m and height of 8,5m. It is located on the south side of the island of Antikythera, 80m from the sea point and at a focal height of 40m.
Access to the lighthouse is made by boat from the main harbour or by walking approximately 2.30 through a path.