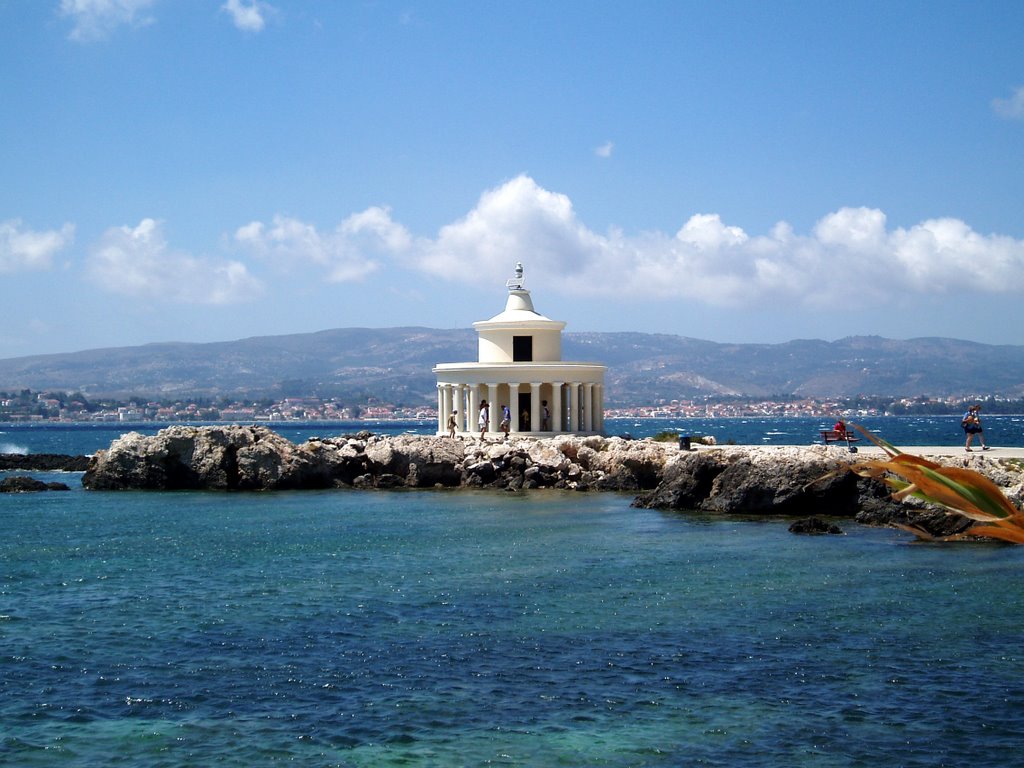 The iconic lighthouse of Agioi Theodoroi is situated on the headland 3km north of Argostoli and Lassi. It is a structure with 20 columns and a tower 8 meters tall. The building has a rather simple and Doric architectural style, while its focal plane is 11m. The lighthouse was built in 1825 when the island was under the British rule and the commands of Charles Napier. After the integration of the Ionian Islands to the Greek state in 1863, the lighthouse included in the Greek lighthouse network.

The light was extinguished during the Second World War and became operational again in 1945. Oil was the main source of energy till 1953 when the oil machines were replaced with an automatic acetylene torch. The 1953 earthquake destroyed the building but it was rebuilt in 1960 by a local architect, based on the original architectural plans. It is a great point to walk, relax and swim with great views of the sea and the mountains and offers a nice photo opportunity for the holiday album. The sunset from the lighthouse is absolutely stunning, making the spot popular for locals and tourists.