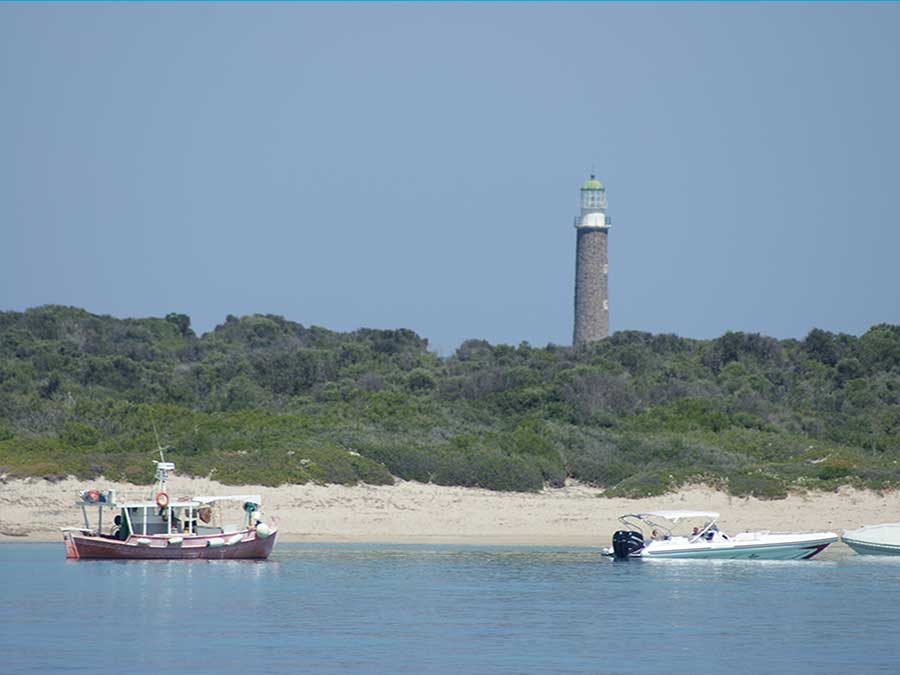 Remote Psathoura Island is the most northern of the Skopelos group of islands and has the tallest lighthouse on the Aegean Sea. The station was built by the French in 1895 after a terrible Danish shipwreck occurred nearby resulting in the loss of many lives. The prevailing current of the area and strong northerly winds were to blame. The ship was driven toward the Psathoura islet and the large shoal on its eastern side. It wrecked against the rocks and in such a remote area no help could be summoned before ship went down.

Volcanic stone for the tall cylindrical lighthouse was quarried on the island. Only the 107 step marble staircase was brought from the mainland piece by piece. Keepers led a lonely existence punctuated by visits from fishermen who brought them food and gifts in exchange for a bed in the lighthouse.

Early in World War II the beacon was extinguished and the keepers lighted it only to aid the Allies. Later after German and Italian forces occupied Greece it was extinguished altogether and not relighted until 1945. Psathoura Lighouse is a guiding beacon for vessels headed in and out of Thessaloniki. The beacon which is visible 17 miles was modernized in 1987 to operate with solar power with a white light per 10s and a light range of 17m.

The site is accessible by boat from the port of Alonnisos and lasts 3 hours.

N. end of Psathoura I.