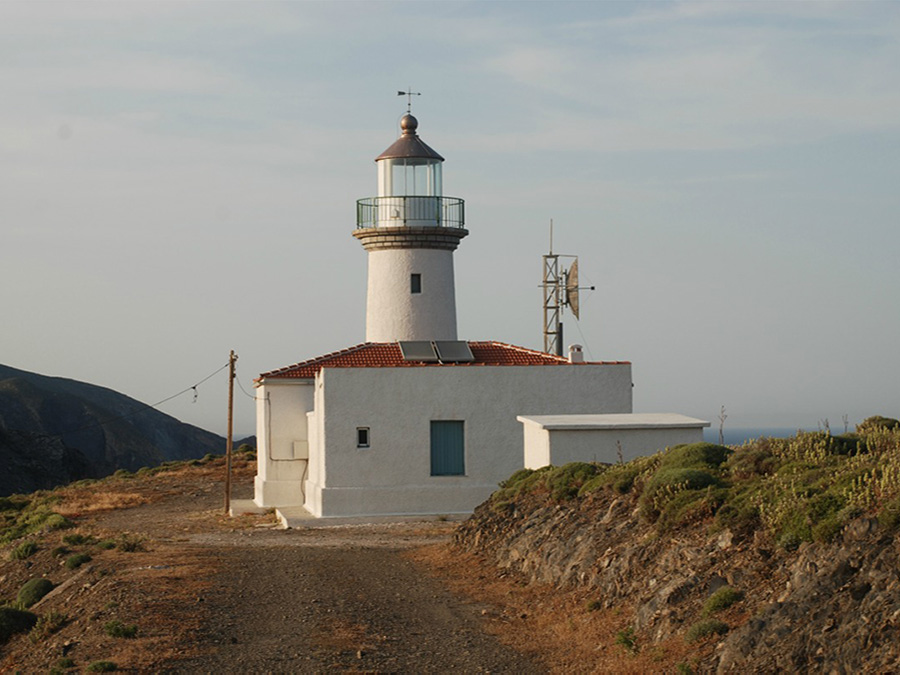 The lighthouse was built in 1909, when the area was under the Ottoman Empire. During the Second World War, the lighthouse remained off. In the context of the reorganization of the Lighthouse Network in 1945, it reopened with oil as a source of energy. In 1989 the oil machines were replaced and the lighthouse was electrified and operated as an automatic electric with a white flash per 10s and a light range of 25n.m.
The building is a ground floor house consisting of a corridor, three rooms, a kitchen, a WC, an external storage room and an oven. The masonry circular tower is 14.5m high and it is located at the southeastern point of the island, 200m in Cape Agios Georgios and at a focal height of 78m.
Access to the lighthouse is made from a dirt road from the port of Psara about.