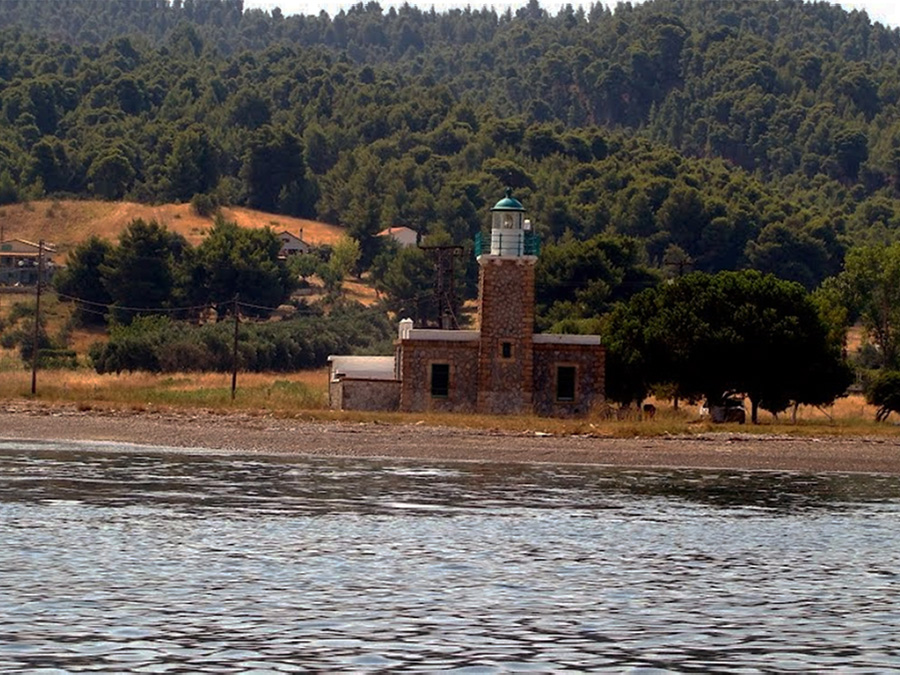 The ground floor of the building consists of 3 bedrooms, a kitchen and a hall. The square masonry tower of 17m high communicates with the ground floor. It is located on the south-eastern edge of the eastern coast of the Oreon Strait and at a focal height of 9m.

The road is good, asphalted and reaches the lighthouse.