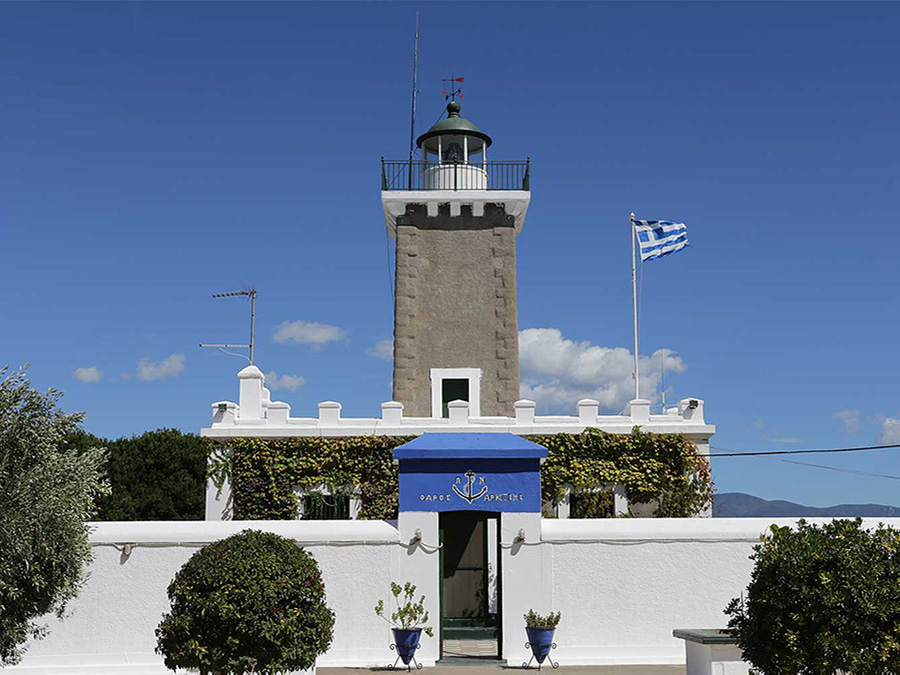 The building has a square shaped, stone-built tower which internally is of circular shape, 15m height. In the ground floor there are three bedrooms, a corridor and a WC with shower. Outside the main building there are two smaller ones, one functioning as a kitchen and the other as a storehouse for lighthouse materials. It is located in the homonymous cape 50m from the coast and has a focal height of 17m.

It can be reached easily by following the coastal road along the beach of the village.